SwitchArcade Round-Up: ‘The Procession to Cavalry’, ‘Red White Yellow’, and Today’s Other New Releases and Sales

Hello gentle readers, and welcome to the SwitchArcade Round-Up for July 1st, 2021. In today’s article, we take a look at the many new releases that hit the eShop today. It seems like we burnt through all of the big names earlier in the week, so we’re relying on relative unknowns today. But some of them are good, so do check those summaries to see what’s what. After that, it’s the regular lists of incoming and outgoing sales. Let’s get into it! 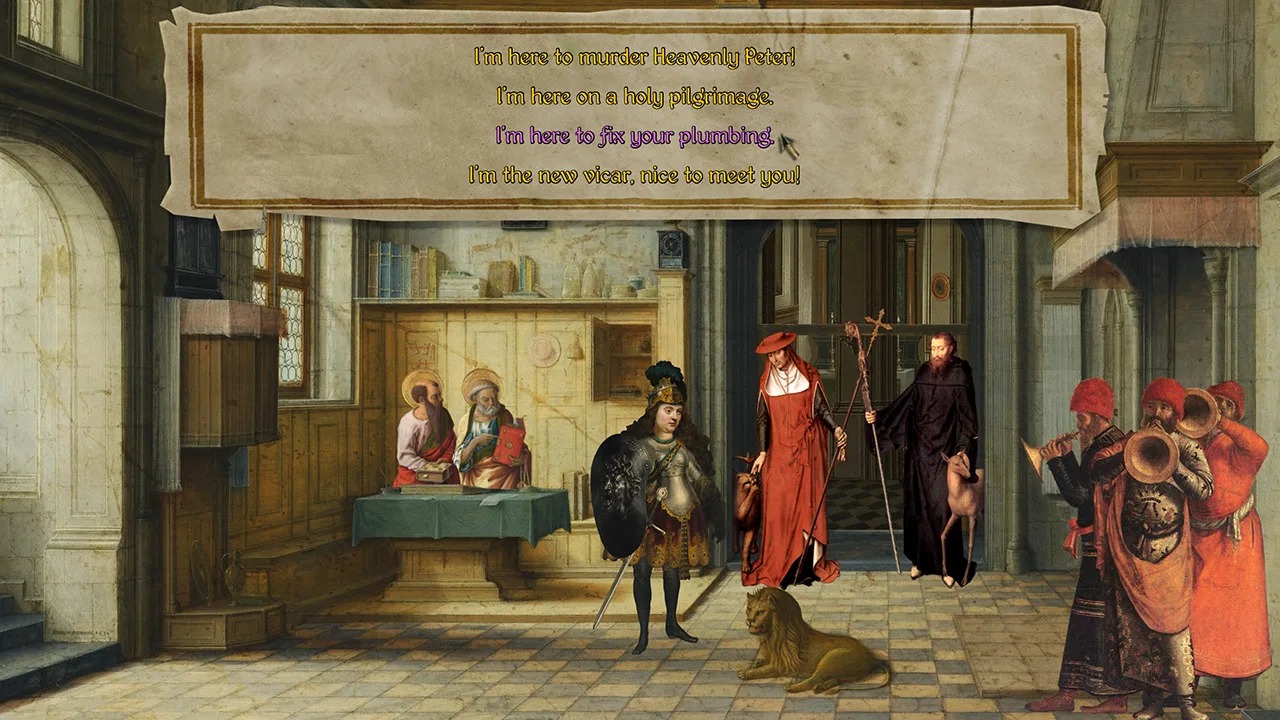 Wow, this is the funniest adventure game I’ve played in quite some time. The whole thing is built from Renaissance-era paintings, cut and “animated” in a very Monty Python-esque style. And indeed, the humor often leans into that end of things. The puzzles are well-made and can actually be reasoned out without too much mind-reading, and you can just straight up kill anyone you want to skip the puzzles you don’t like. Not that there won’t be consequences for that, but the thought counts. It’s good, silly fun and I give it a thumbs up. 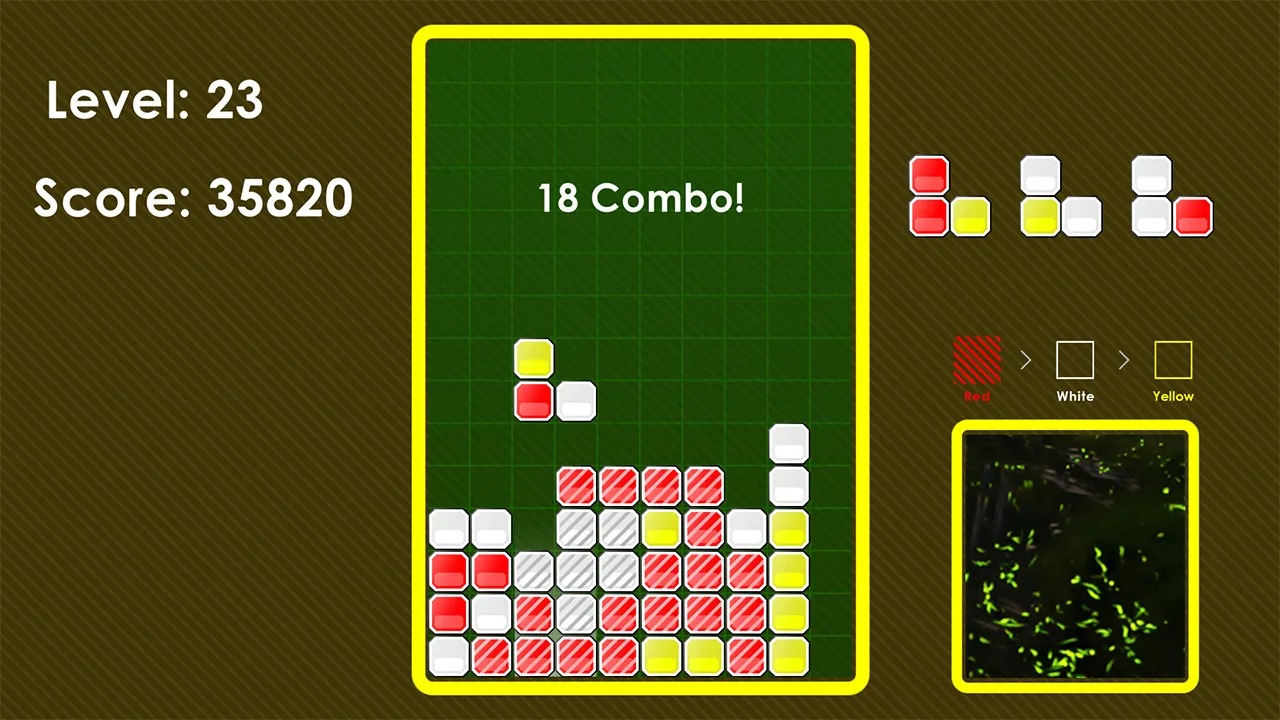 You know what? I can dig this. It’s a falling block puzzle game where you need to connect six or more blocks of one color to remove them, but the pieces are removed on a timer that alternates between red, white, and yellow in that order. So the idea is that you want to set things up to chain multiple clears. The speed of the clears is connected to the pace of the music, giving the game a bit of a Lumines feel at times. I’m always into new spins on the old falling block puzzle concept, and this one seems pretty fun at first glance. 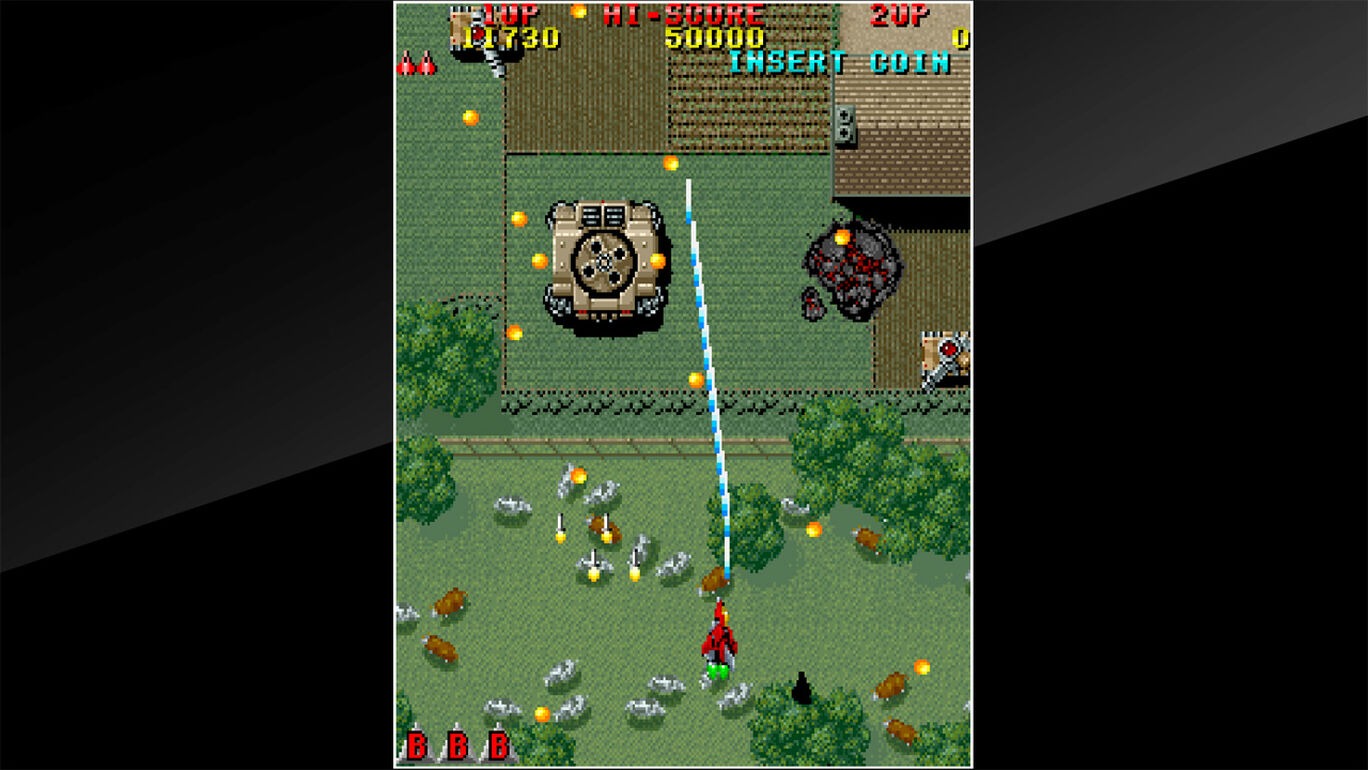 After a few weeks of some very obscure releases, the Arcade Archives gets another high-profile hit: Seibu Kaihatsu’s 1990 shoot-em-up Raiden. Hop into the seat of the Fighting Thunder ship and battle against alien invaders with an assortment of power-ups. While the series would only go up from here, this remains a fun and challenging vertical shooter. Hamster has done its usual high-quality work in bringing the game to Switch with plenty of options and minimal input lag. Worth picking up for those interested in the history of the genre, for sure. 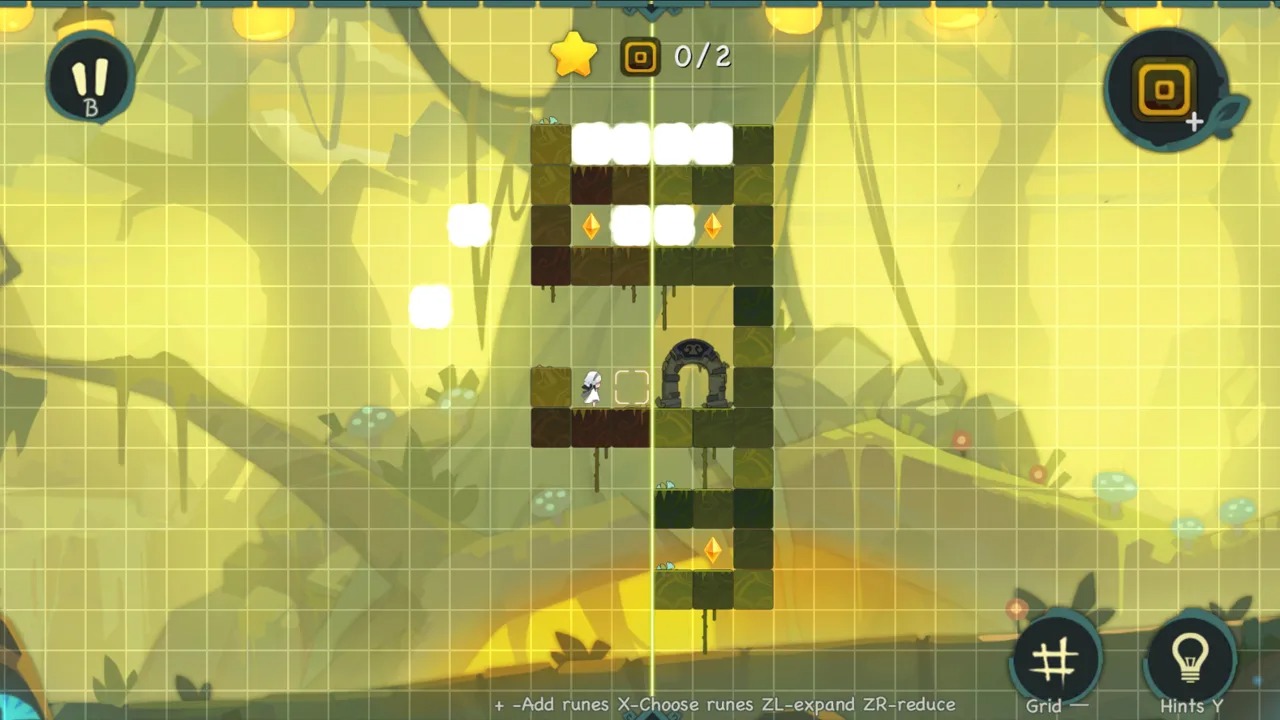 This is a stage-based puzzle game where you need to make use of runes with various effects to make your way to the goal and collect all the goodies along the way. There are five worlds, each with a number of stages. You can also create your own stages and share them with other players. It’s an alright bit of puzzley fun, though you can get it a lot cheaper on mobile and it plays just as well. Absolutely love the poorly-translated eShop description, which includes a mangled version of a quote from Robert Frost’s The Road Not Taken. I’m not sure why they didn’t just use the text from the App Store description, which is more or less fine. Well, to paraphrase the classic poem: there are two roads in a forest, and FunAlter Games chose the one with fewer people’s traces, which has determined the paths of its life. 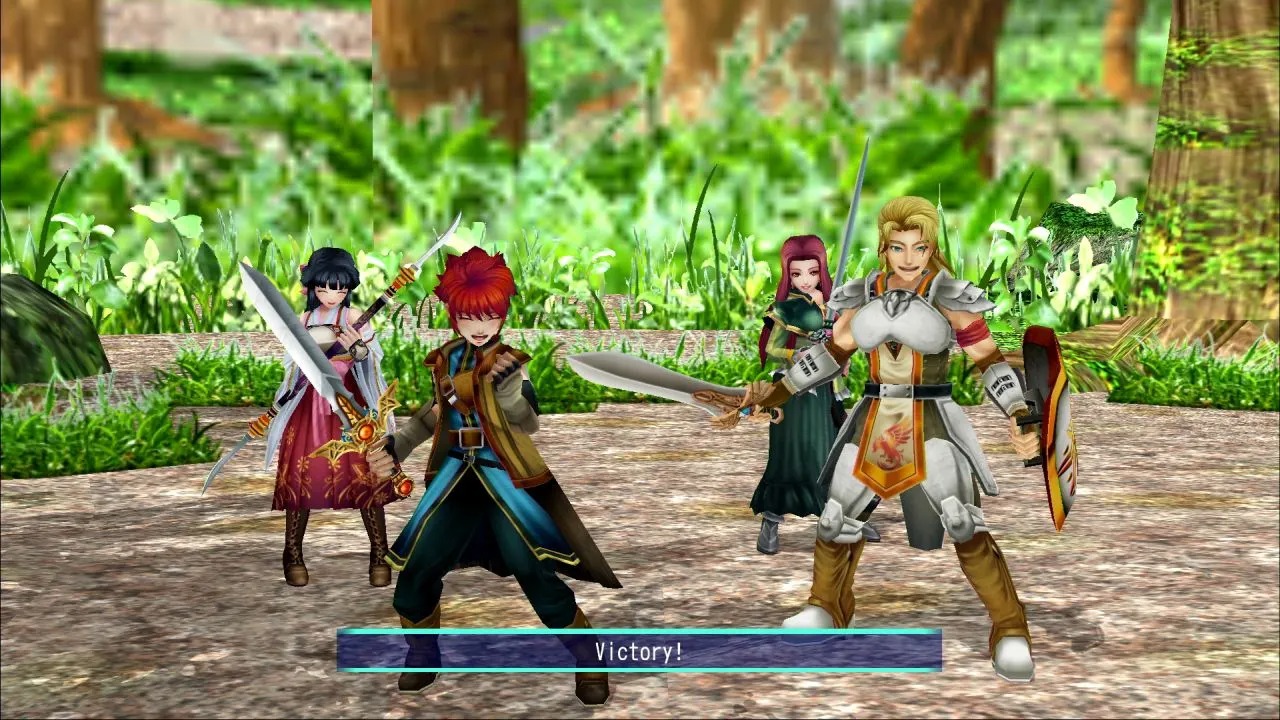 This one came out about six years ago on mobile. I remember liking it a bit at that time, but not loving it. Mostly because of the odd pacing of the battle system, which uses an energy system that can make fights drag out. The story was a bit better than the average Kemco title, and the dungeons were definitely better than the norm. So do I still recommend it? Probably not. I mean, the competition on the Switch for traditional JRPGs in 2021 is very different from the situation on iOS back in 2015. Maybe on sale if you’re really hard-up? Mmm. Not bad as Kemcos go, but probably not good enough overall to catch anyone’s attention. 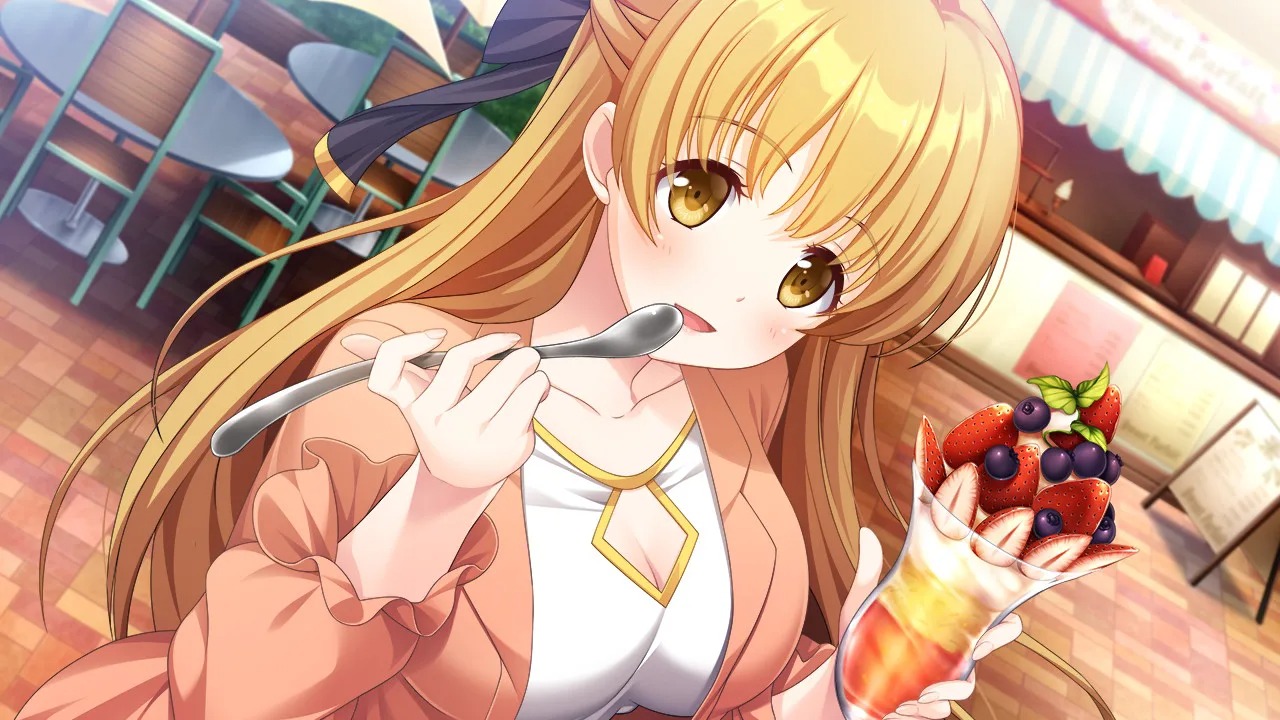 Wow… we just had the last installment of this VN series last week. Alright. This time around Ai and Nobuyuki meet a retired idol. She’s dazzling and friendly, but what is lurking in her past? I’ll say the same thing I said last week about the previous game: if you liked the chapters before this, you don’t need my recommendation to keep going. If you didn’t like them, you don’t need me to tell you to avoid this. And if you haven’t played any of them but have an interest, you should probably be starting with the first one. Well, that’s my job done then. 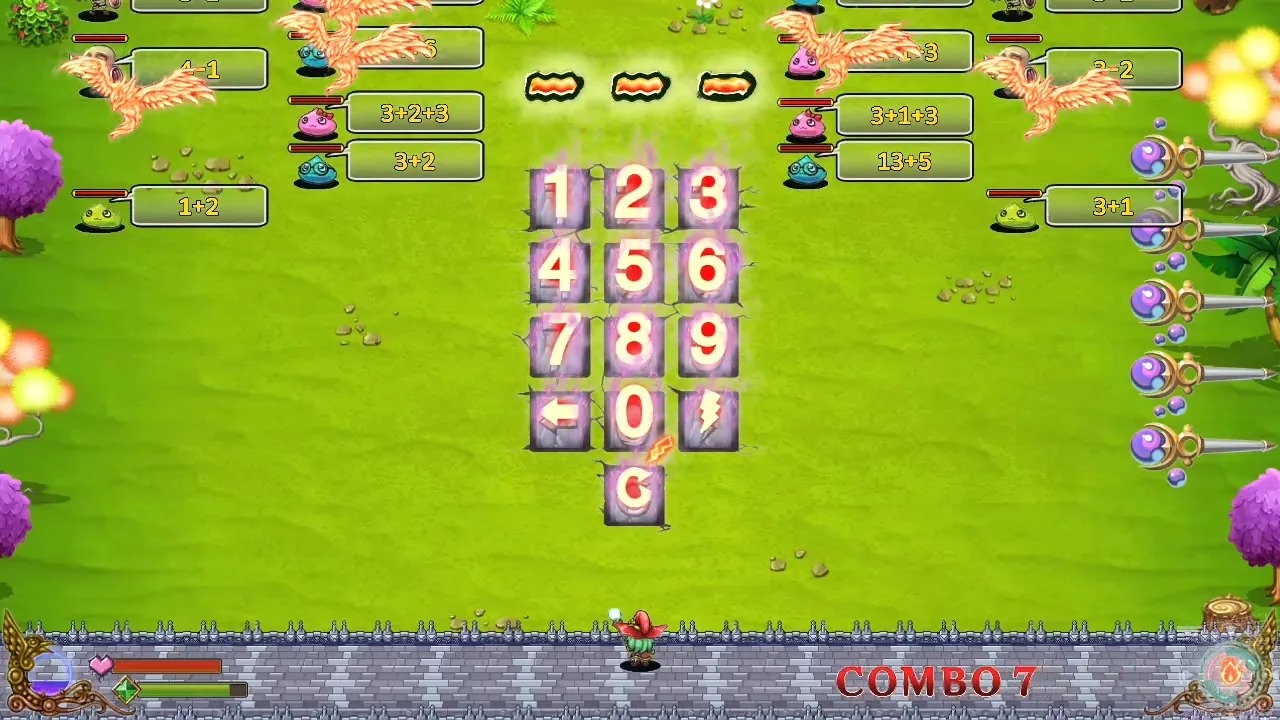 Ahh, I love that title. Love it. This is an edutainment game that teaches and trains you on math questions, dressed in the clothes of a fantasy RPG. The questions are all on the easy side, so it’s probably best suited to elementary school students. That said, there are different difficulty levels so you can turn up the heat a little. There are three types of battles. In one you’ll face off against a swarm of enemies and need to take each one down by solving its math problem. There are also timed quick-fire questions in the Special Magic battles, and finally a multi-question problem for the Final Boss Battle. Not much to this one, but for the price I think it does what it needs to. 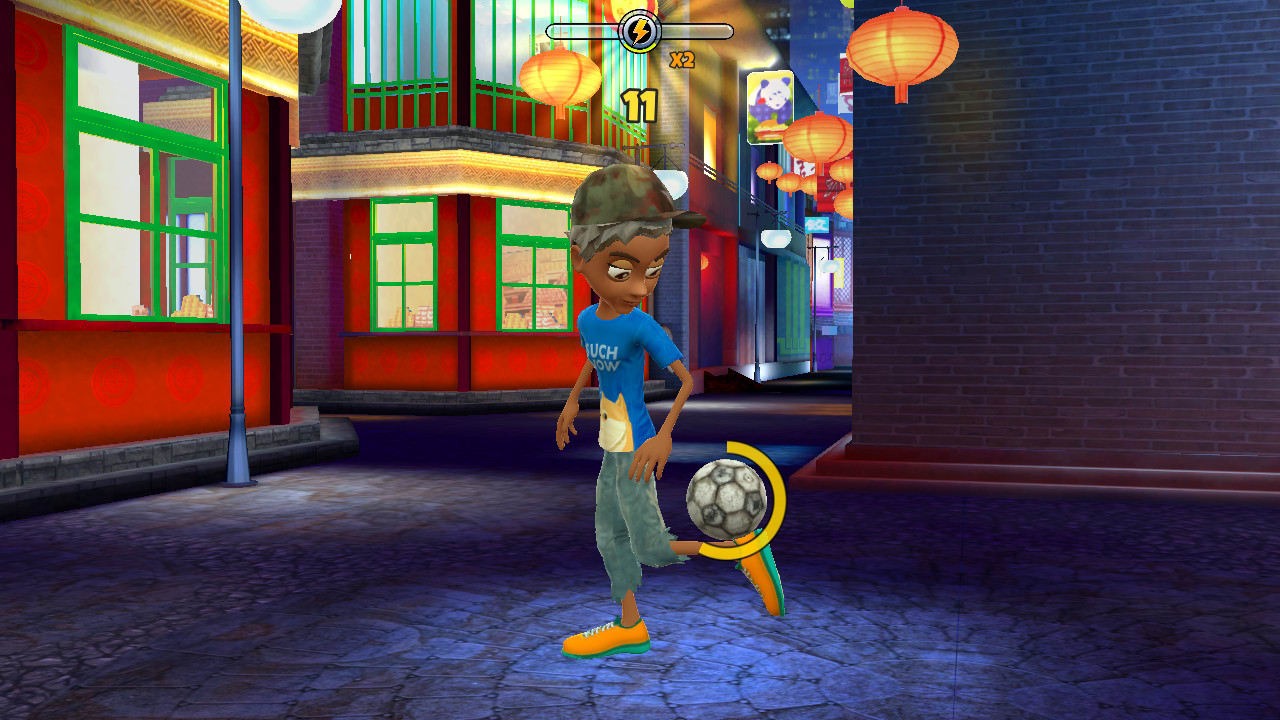 Oh hey, I remember this one from its mobile version. Fairly amusing, but I’m not sure it’s something I’d want to play on my Switch. This is a soccer trick game where you’re just juggling the ball and doing stuff like that. Keep the ball in the air however you can, without using your hands of course. There are more than 30 tricks to pull off and various locations to visit. That’s one of the benefits to the Switch version, as you can see a lot more of the scenery around you. I mean, it’s priced appropriately. It’s all about whether or not you want the quick pick-up-and-play pitch that it’s selling. 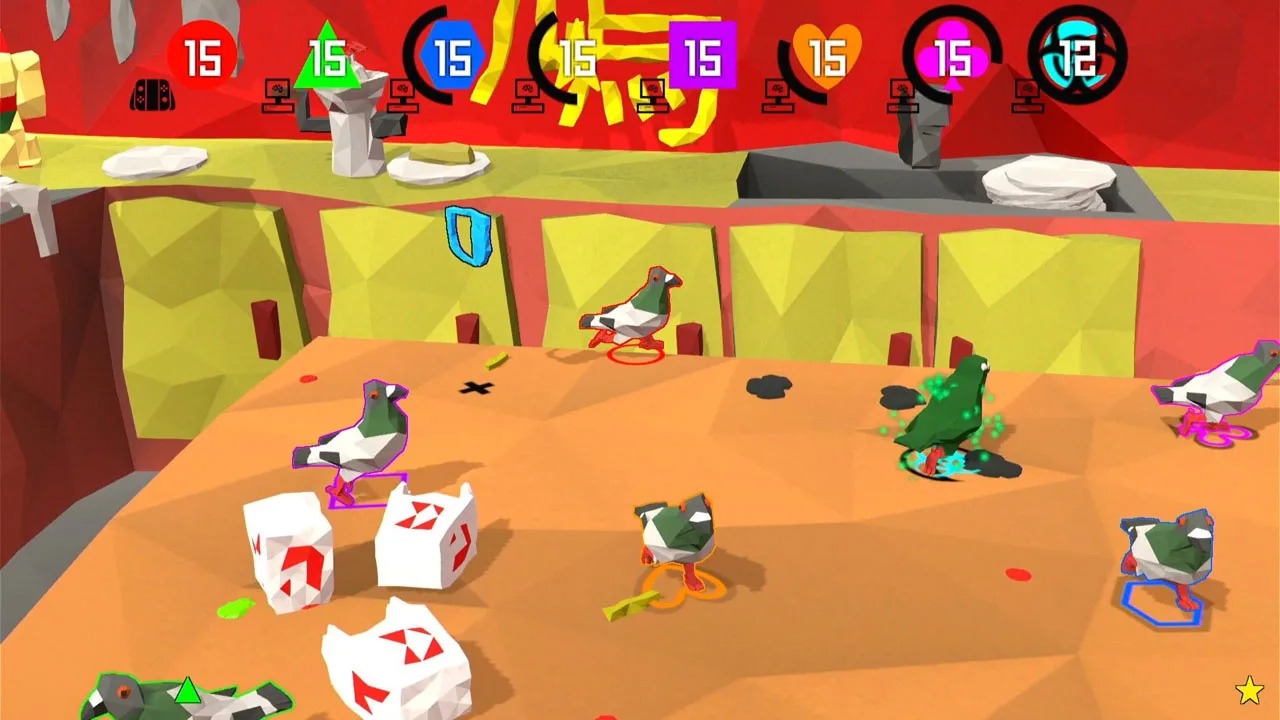 Well, it is what it says. Up to eight players can join in via local multiplayer and take control of pigeons battling in a variety of modes. Usually, you’ll be fighting over bread. There are also some Tag-like modes, and even a mode where you are competing over who can poop on the most target areas. Yes, you can slip in the poop. If you don’t have anyone to play with, the AI will accurately simulate some bird-brains for you to play with. It’s not very good, but it is quite stupid and cheap. For some parties, that’s enough. 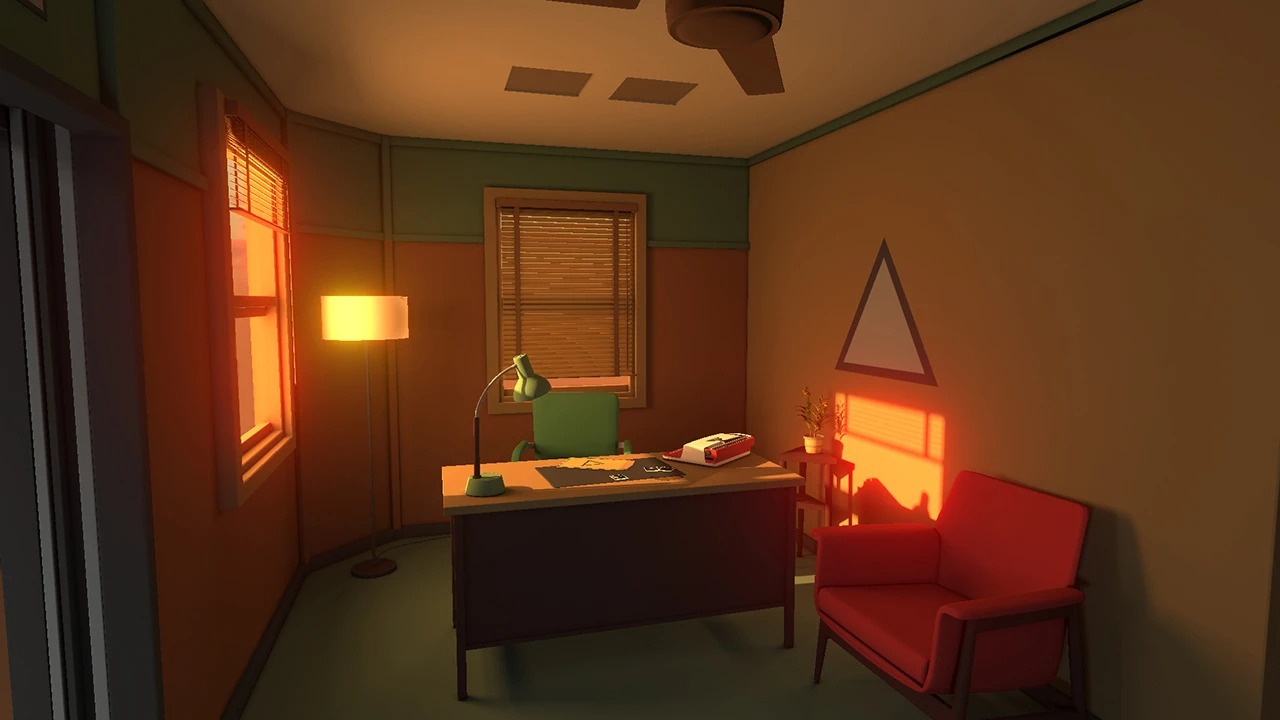 You’ve been sent to investigate a most unusual case. A roadside diner in the middle of the desert has lost all of its color. What happened to the colors? And can you bring them back? A rather quirky adventure game with some puzzles to solve, Discolored runs about an hour or two in total, and has a really cool atmosphere to it. My only knock on it is that it feels like part of a larger whole that I’m not sure is coming. It’s a really solid game while it lasts, but it ends far too soon for my satisfaction. Still, you may want to give it a look with that information in mind. 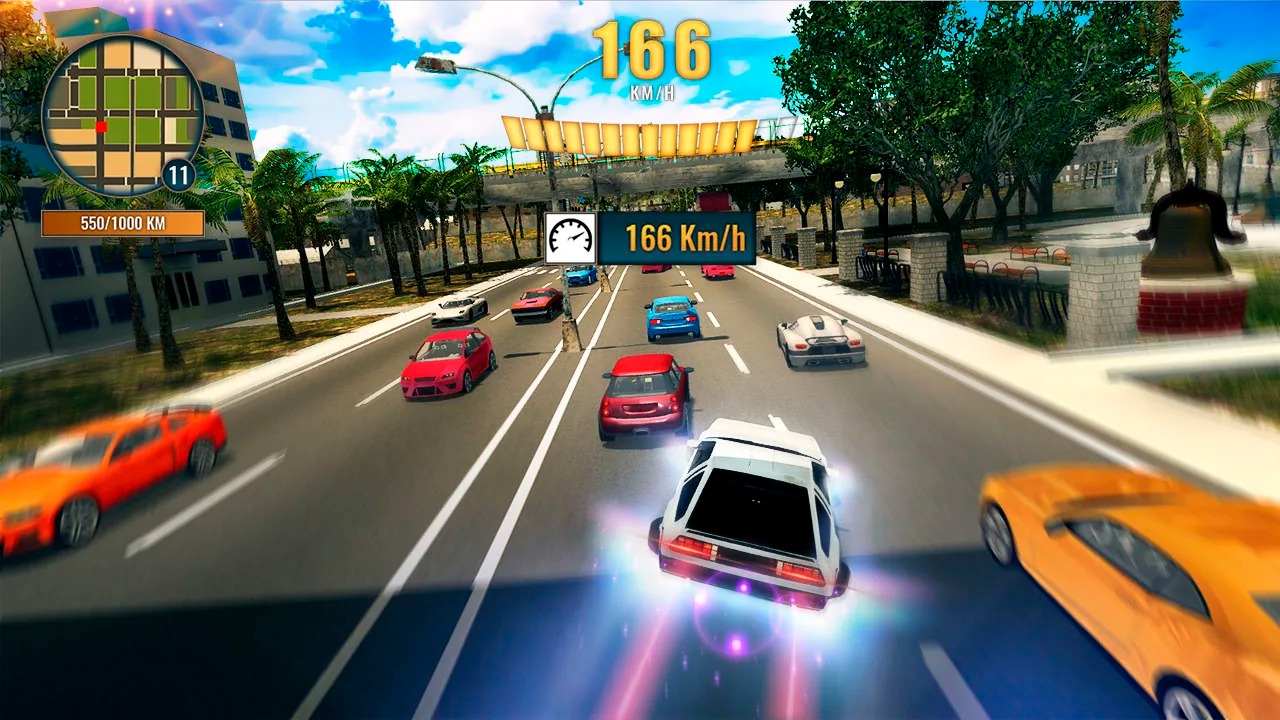 Here’s another one of those free-to-play mobile driving games, ported to Switch without the IAPs but with an up-front price tag. This one focuses on street racing in cities, with sports cars, upgrades, tuning, and a few different types of races. It’s not completely unplayable or anything, but if you’re already looking to spend on a racer in this price range it is almost incalculable how much better off you would be buying one of EA’s racers instead. Or Rise: Race the Future. Or a whole lot of other games. Even if you want a cheap and dirty driving game, BoomBit’s stuff costs less and offers a similar level of quality. 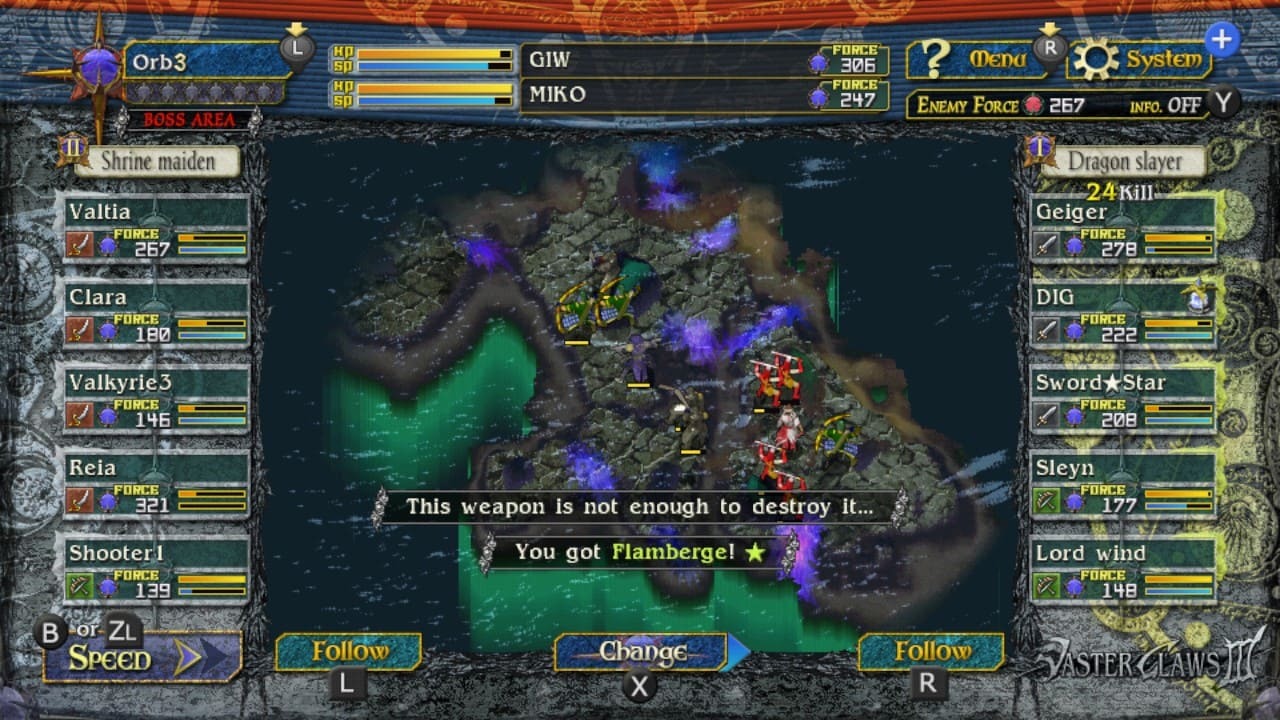 Look at that title. I almost cut myself on its edge. Anyway, this is a simplified real-time strategic RPG where you explore dungeons and engage in largely automated battles using your squad of characters. It has been out for a while on Android and PC, and the reviews haven’t been terribly strong. Add in a fairly hefty price tag and it’s very difficult to recommend this game with much vigor. There’s even a twenty-dollar DLC available right out of the gate. Shame it isn’t more fun to play, as I rather like the look and overall presentation of the game. It has a very “90s PC game” vibe that the gameplay sadly does not match.

As always, there will surely be more sales up by the time you read this. The current list is fairly long, though. So what’s in it? Well, those Leisure Suit Larry games are on sale again. Pumpkin Jack is at a low price, and it’s pretty cool. Doki Doki Literature Club has its launch discount in place. That’s about all I can get into from this list, but you might find others. Not much in the outbox except for some Kemco RPGs, so you can probably save your money and see what comes up tomorrow. 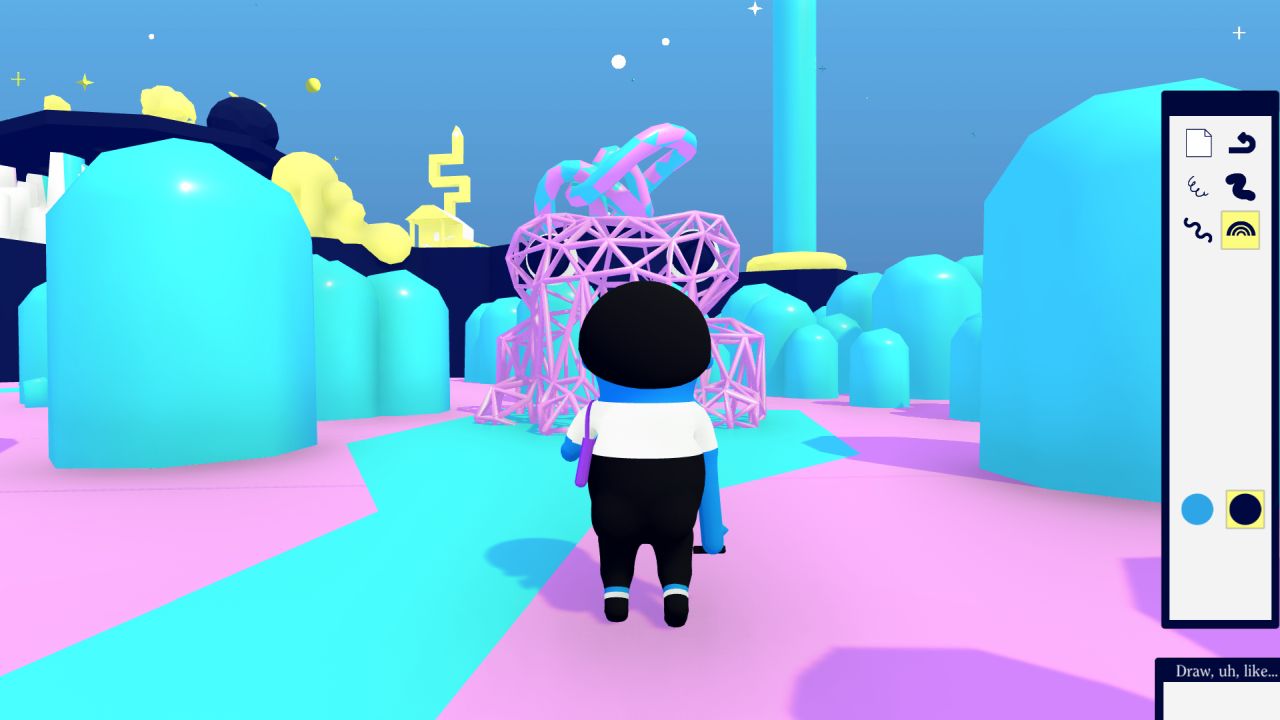 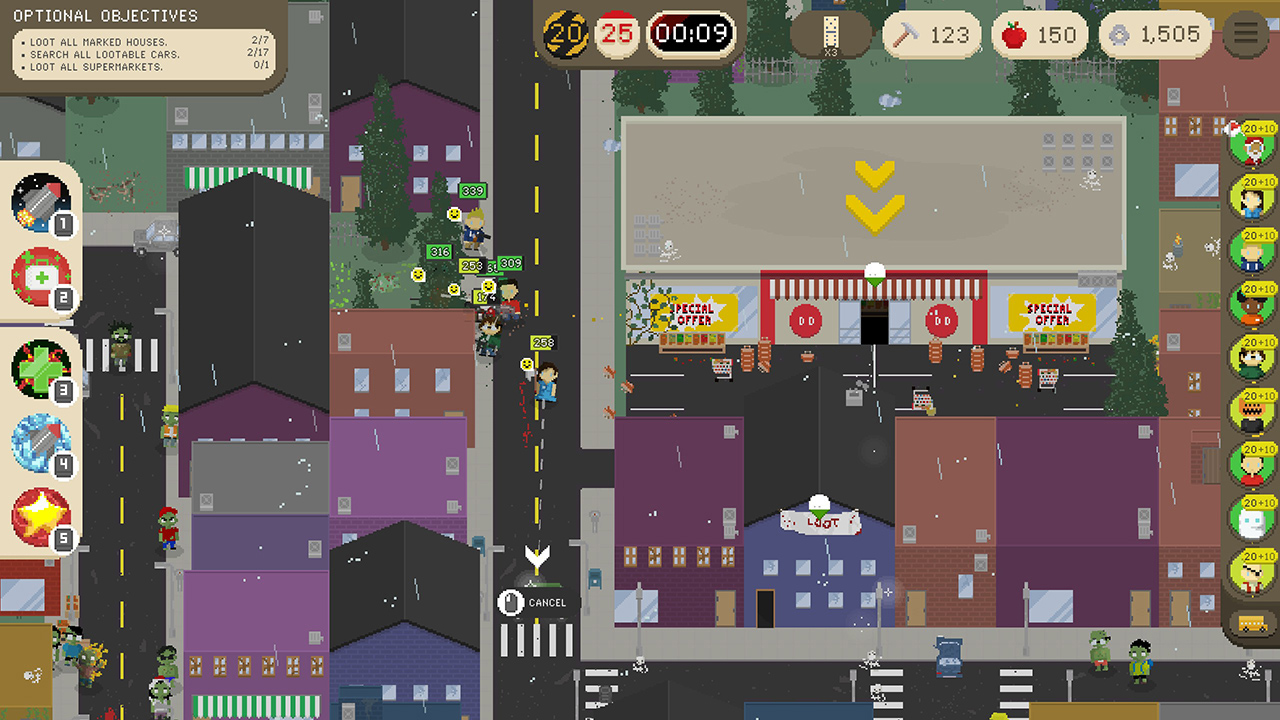 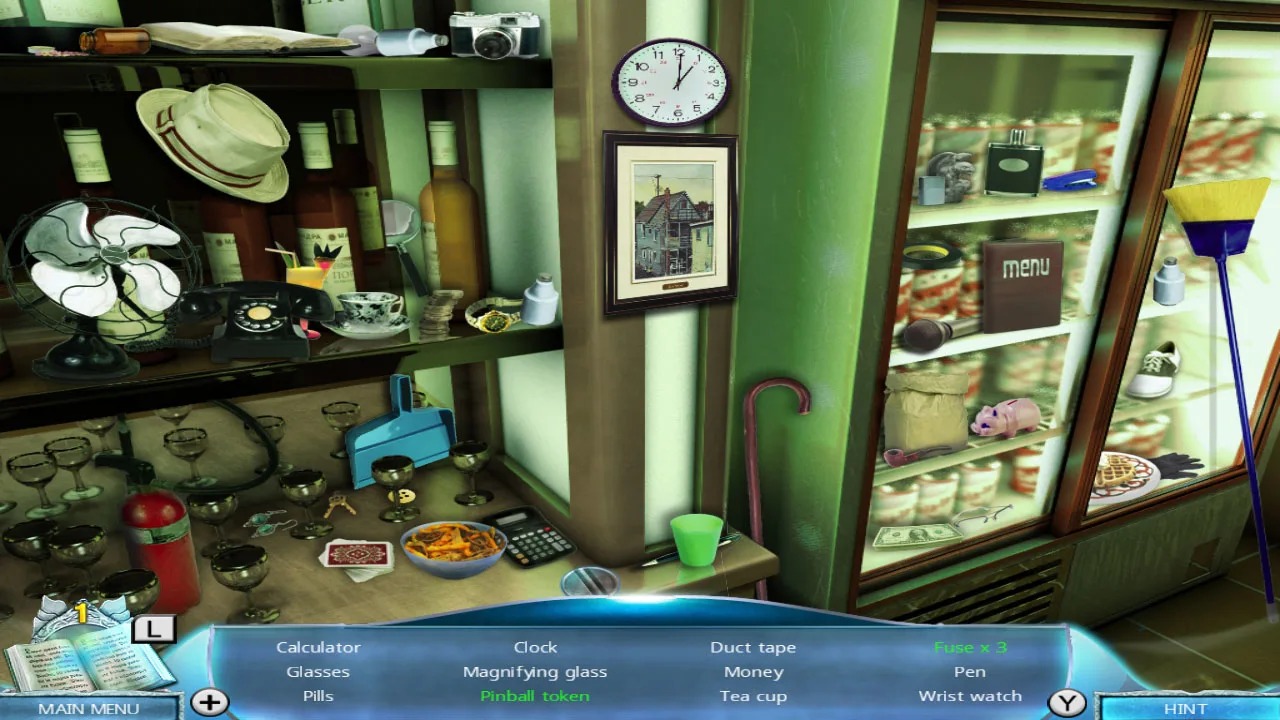 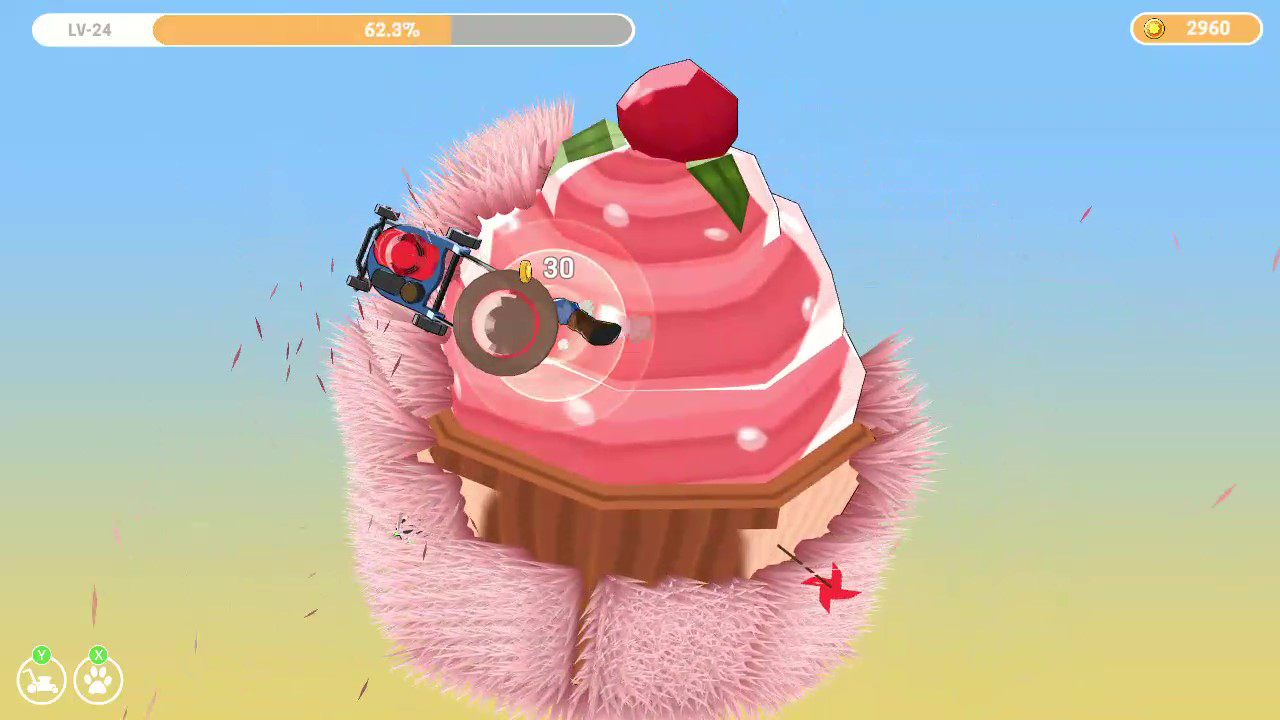 That’s all for today, friends. We’ll be back tomorrow with a look at the remaining releases of the week, along with what I’m sure will be a hefty list of sales. I’m not sure if there’s anything particularly big in tomorrow’s list of new games either, but I’m sure we’ll find some interesting things anyway. I hope you all have a great Thursday, and as always, thanks for reading!

The Pride of Nyx – DOTABUFF