The LEGO Nintendo Entertainment System is extremely cool, but it just got cooler thanks to the work of builder Moko: now it’s a Game Boy. And a mech!

Using some (but not all) of the tiles and bricks from the NES set, Moko created a realistic-looking Game Boy, with a Super Mario-type game on the screen. There’s even a game cartridge that you can slot into the back! 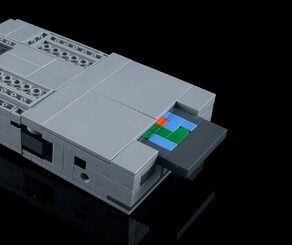 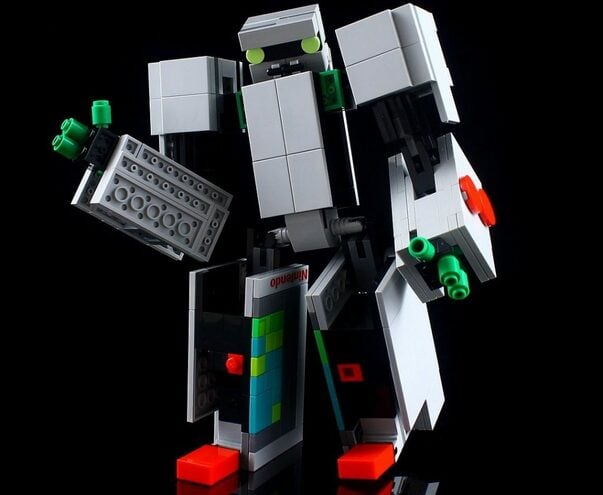 But the fun doesn’t stop there — with a few expert moves, the Game Boy can transform into a lil Nintendo mech, with lil green eyes and tiny fingers. Here’s how LEGO site Brothers Brick, who know way more about LEGO than us, describes it:

Bottlenecked by the available pieces in the LEGO Nintendo Entertainment System, [Moko] didn’t have many of the pieces one might usually use for joints. Between that and the space limits of a transforming model, Moko had to use some brick-built joints.

Plates sandwiched within the arms and legs work as compact elbows and knees, which easily slide into place as the control and screen sections. The way the head transforms is pretty neat, folding out from the bottom and making use of a T-bar both as the connection point and a sort of mouth for the mech.

Here’s a fun aside — this isn’t the first LEGO mech Game Boy I’ve written about. Baron von Brunk, another LEGO builder and lover of games, made one back in 2014, and I covered it as the Staff Writer for Official Nintendo Magazine:

That was seven years ago, and now I need to lie down and think about the inexorable passage of time.

Hey, did you know we’re all slowly crawling towards death? Or do you want to build this extremely rad Game Boy Transformer? Let us know in the comments!

Please note that some external links on this page are affiliate links, which means if you click them and make a purchase we may receive a small percentage of the sale. Please read our FTC Disclosure for more information.