Hello gentle readers, and welcome to the SwitchArcade Round-Up for May 24th, 2022. In today’s article, we’ve first got a little news to check out. After that, I have a couple of reviews for you to enjoy. Both games are quite good, actually. From Marvelous we have the survival action-RPG Deadcraft, and Gambrinous has a super port of Guild of Dungeoneering for us. There’s just one new release today, Koei Tecmo’s Touken Ranbu Warriors. After a quick look at that, it’s on to the lists of new and expiring sales. Plenty to cover today, so let’s get on with it!

Check Out Some New Trailers for ‘Live A Live’

We’re not too far from the release date of the remake of Live A Live now. One of the big 16-bit RPGs that “got away” from Western RPG fans will be making a global bow in glorious HD-2D on July 22nd, 2022. Nintendo is set to publish the game in the West and has started rolling out some promotion for it. We’ve got three trailers to look at today, each one highlighting one of the stories that makes up the whole of the game along with some of the characters.

Announced a while back, the Wonder Boy Collection now has a release date. It will arrive in digital and physical form on June 3rd at a price of $29.99. This version of the set includes Wonder Boy, Wonder Boy in Monster Land, Wonder Boy in Monster World, and Monster World IV with a variety of extra features and options. If you just want the essentials, it might be worth looking into. I do have to remind you that Strictly Limited Games is selling a more complete set titled Wonder Boy Anniversary Collection that additionally features Wonder Boy III: Monster Lair and Wonder Boy: The Dragon’s Trap, plus a number of different console ports and regional variants. That set won’t be out for a while yet, however. So even if you’re buying that, you may want to grab the basic collection to hold you over in the meantime. 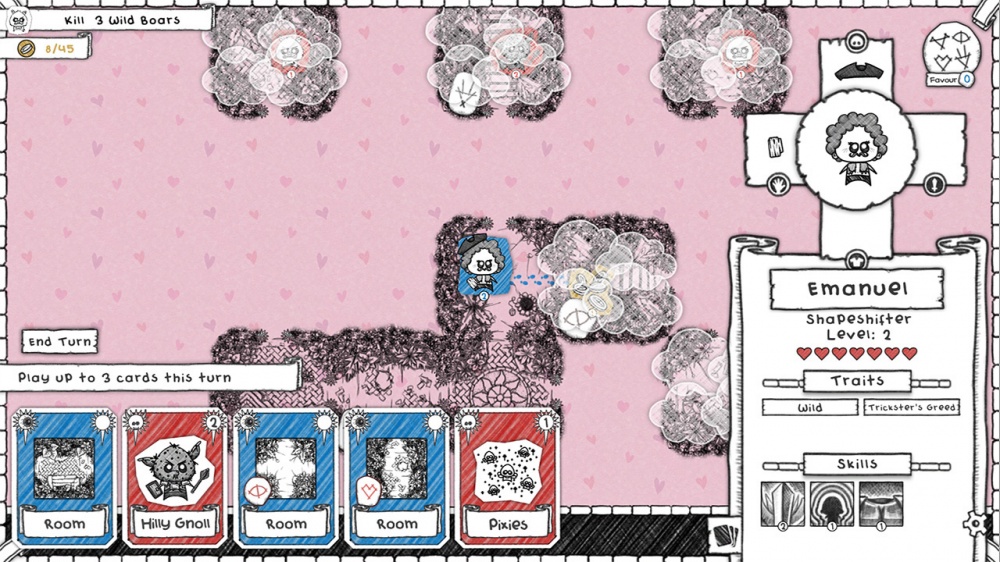 Guild of Dungeoneering was a very unique sort of roguelite back when it first came out several years ago. Surprisingly, it still has a lot of uncommon elements even now. Build your guild by buying and laying down cards. Explore dungeons by playing cards. Engage in battles by… well yes, you are playing cards. All in a sketchbook style that has aged really well. Oh, and you can’t directly control your adventurers while they explore the dungeons. Kind of a minor miracle you’re allowed to tell them what to do in combat. Don’t worry, it’s all part of the game.

The game has made a great transition to the Switch. You get all of the content including the expansions, plus a bunch of other little additions and improvements. The controls work great, which isn’t always a guarantee with a game like this. I’m not sure if it will replace the mobile version in my heart of hearts, but this sure isn’t a bad way to play the game. I find the Switch is great for cozy little experiences like this. 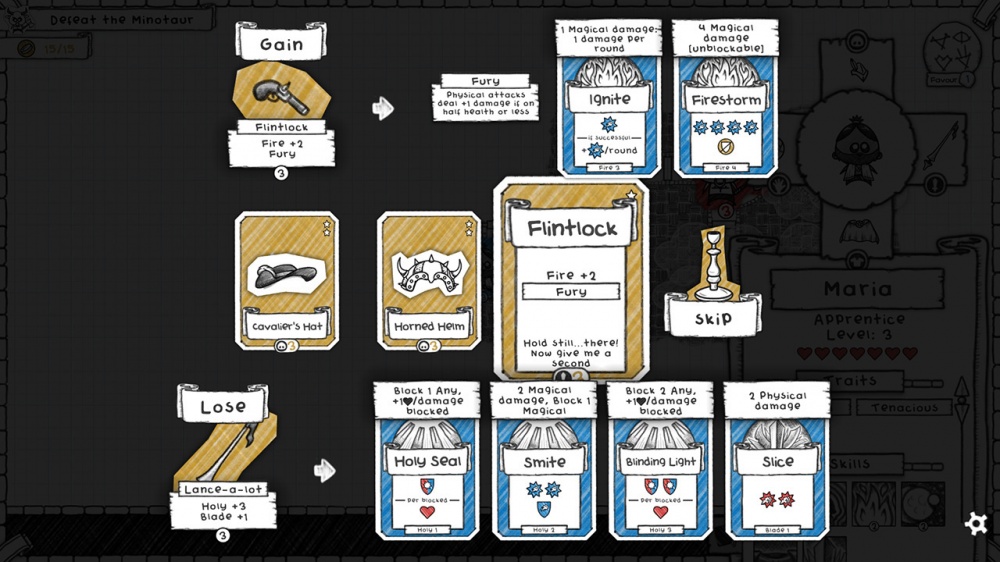 By and large, my thoughts echo those of Carter’s from when he reviewed the mobile version. It’s a very cool game that sometimes is a little bit too random for its own good. That’s the genre, I suppose. The combat rides the line between accessible and strategic quite nicely, proving very rewarding as you learn the ropes. It’s really fun to figure out the best gear and perks to use with each job class, and seeing them develop as they clear dungeons just makes it smart that much more when they die. Yes, another one from the same class will show up before too long, but they won’t be the same as the one you lost. I can tell you not to get too attached, but you sometimes will anyway.

Guild of Dungeoneering Ultimate Edition brings a very enjoyable roguelite packed with personality to the Nintendo Switch in fine form. The button controls work well, and the game looks nice on the handheld screen. If you’ve played this game before on another platform, all you need to know is that this is another excellent option to play it again. If you haven’t played it before and you enjoy a good roguelite, you’ll want to check this out. It has some additions, improvements, and refinements, but truthfully speaking the core game was good enough that all of that is just icing on the cake. 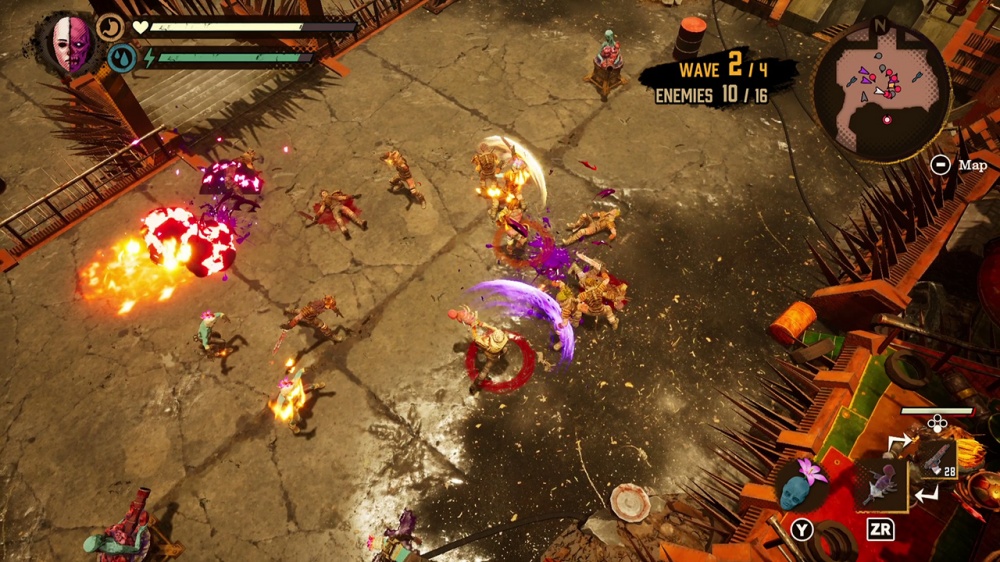 I’ll confess: this game wasn’t on my radar at all until it dropped. I’m usually on the ball about upcoming releases, but I didn’t have my eye on Deadcraft. The name just reeked of some sort of generic zombie survival thing, and the screenshots wouldn’t have convinced me otherwise. Had I seen that the developer was Marvelous’s First Studio, I probably would have paid closer attention. They’re the bunch behind titles like God Eater 3, Daemon X Machina, and the Fate/EXTELLA games. Not the sort to make low-tier junk, in other words. But no, I came into this generally expecting something that wouldn’t be to my taste.

Well, I got a pleasant surprise. Yes, the look of the game is a bit bland. Seeing it in motion doesn’t really change that. There are survival elements that are certainly a big part of the game, but in practice it feels a lot more like a Diablo-style action-RPG. Now that is something I can get into. The story is a classic revenge tale, but to reach your target you’re going to need to do a lot of favors for a lot of people. You get enough narrative shading to keep the constant running around from feeling too rote, and the presence of survival mechanics helps to break up the constant hacking-and-slashing. These elements fortunately aren’t overbearing, and they help shape the gameplay’s mini-loops. 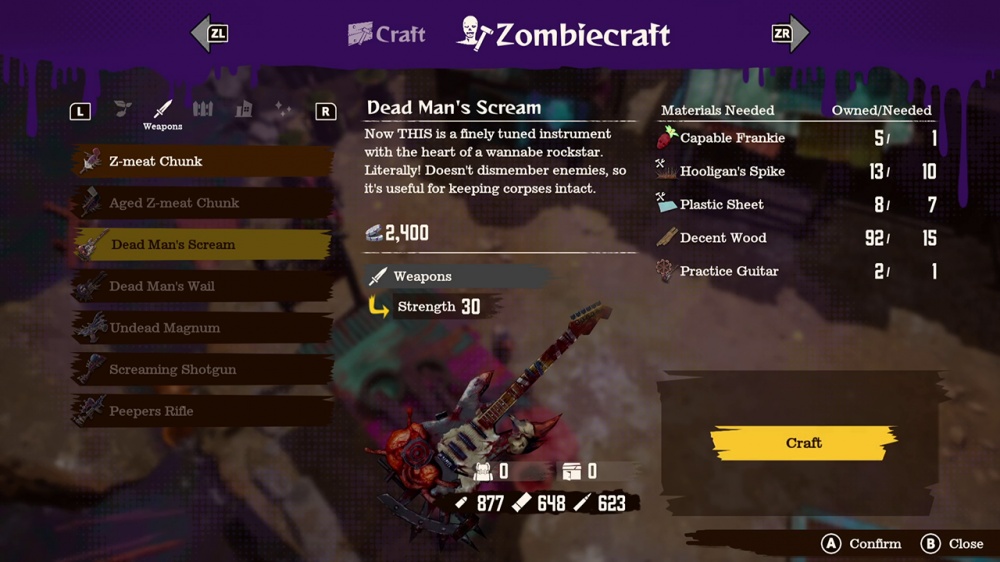 They also naturally lead into one of the game’s gimmicks. I mean, what’s a survival game without farming these days? But you won’t be growing tomatoes or peaches in Deadcraft. No, you’ll be planting zombie seeds and growing undead minions that can help you out in battles. There’s a lot of depth here if you choose to dig into it, or you can just treat it as a surface-level thing if you’re not interested. The other gimmick comes from the hero’s half-zombie status. You have some cool powers you can let loose, but powering them requires indulging in your zombie side. Do that too much and you’ll start having issues with the locals. Do it too little and you might find you can’t deal with the enemies you have to defeat.

Deadcraft isn’t what I would call fancy dining, but it’s a lot better than it looks. It’s a solid survival-based action-RPG with a few unique elements that make it more engaging than the average entry in that category. It’s a shame it doesn’t have a catchier title or more striking visuals, because I can’t help but feel people are going to miss it with things being what they are. If you’re not totally sick of zombies or survival RPGs, make sure you give this one a shot. 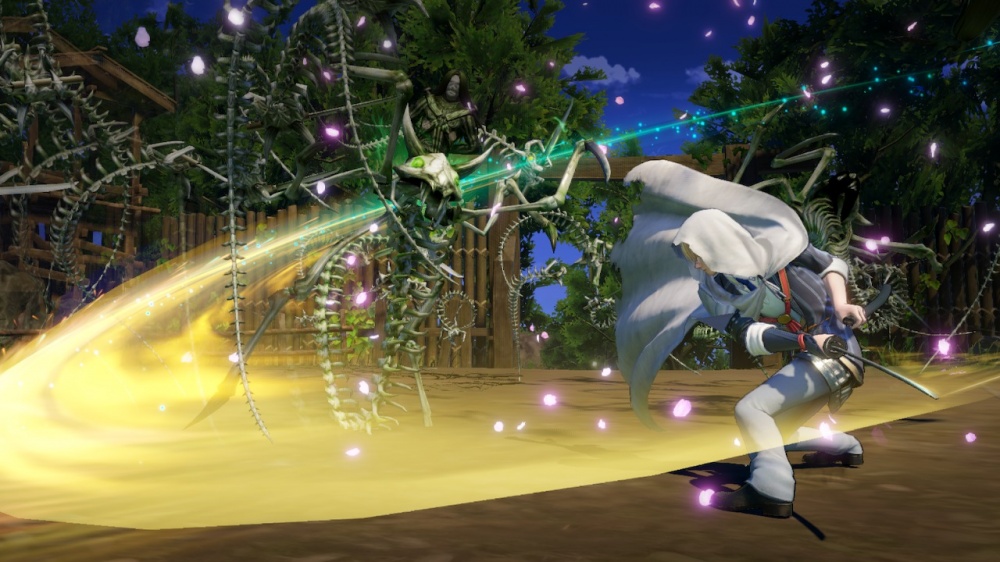 The latest Warriors game from Koei Tecmo is a crossover with Touken Ranbu. You may not have heard of that, but in Japan it’s pretty big. It started as a browser-based free-to-play card game where you collect swords who are also hunky men. It came out in Japan several years ago and has had a few anime series, a stage play, and even a live-action film. Very popular with women in particular. Given that the audience for this brand probably doesn’t have massive overlap with the usual Warriors fans, Touken Ranbu Warriors takes a more beginner-friendly approach. I’ll have a full review of it soon.

Plenty of cool sales today, which is odd for a Tuesday. All of Orange Pixel’s games are on sale, with some hitting new lows. The Heroes of Loot games are especially enjoyable. Annapurna is having a sale on most of its titles, and you generally can’t go wrong with them. LEGO Star Wars: The Skywalker Saga is having its first sale, and some of the Atelier games are also discounted. There isn’t too much in the outbox, so feel free to splash on those new sales. 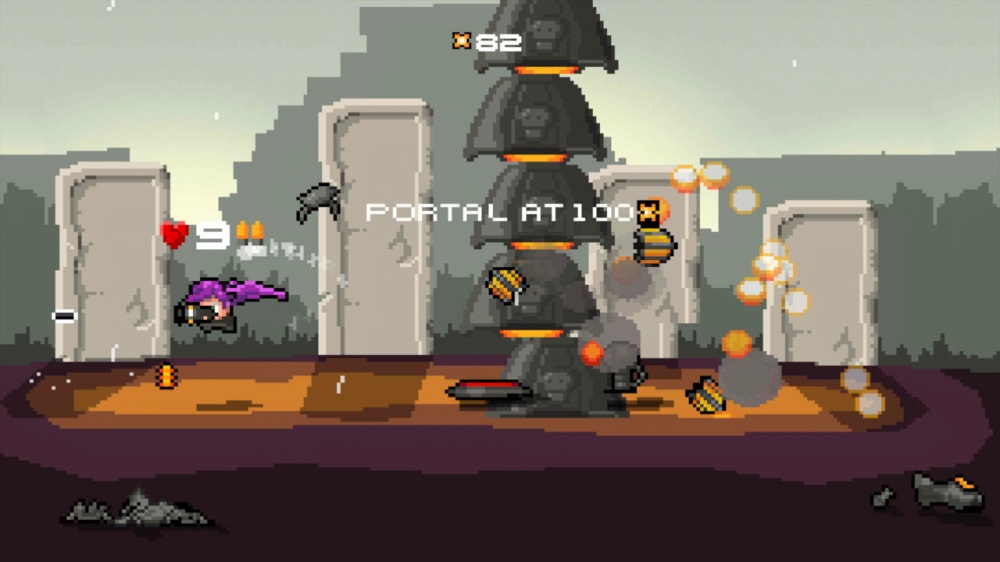 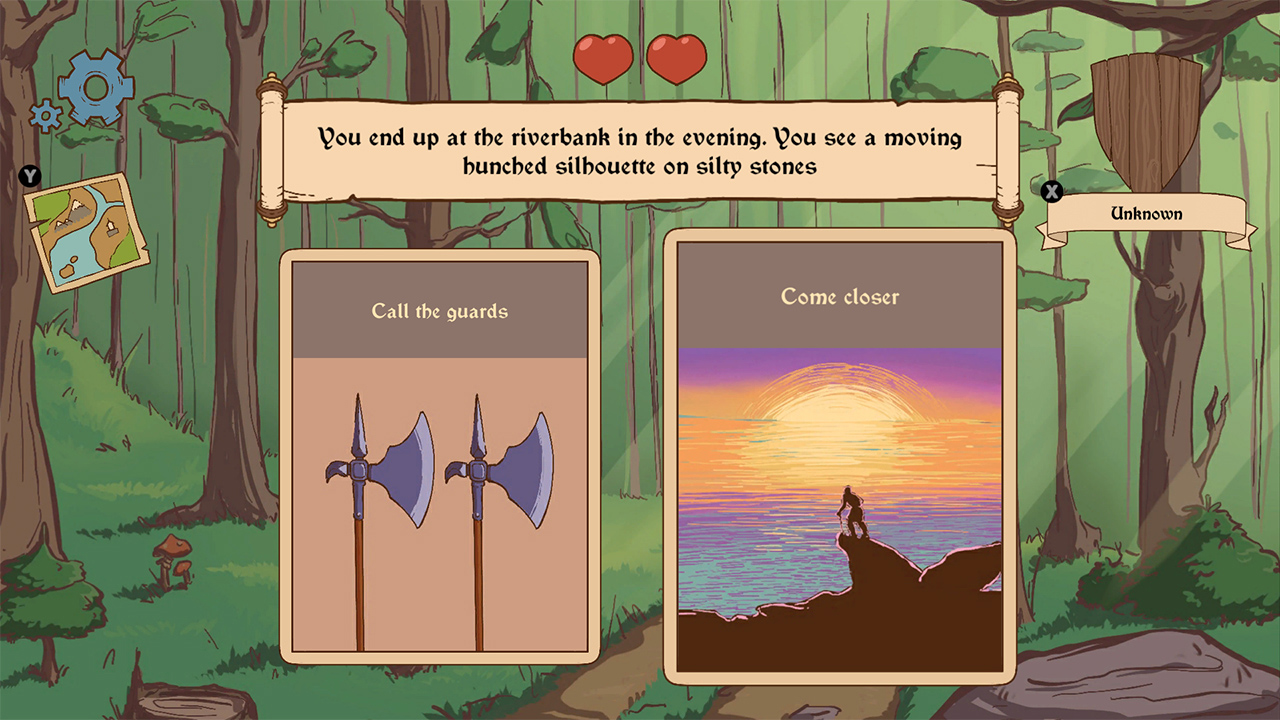 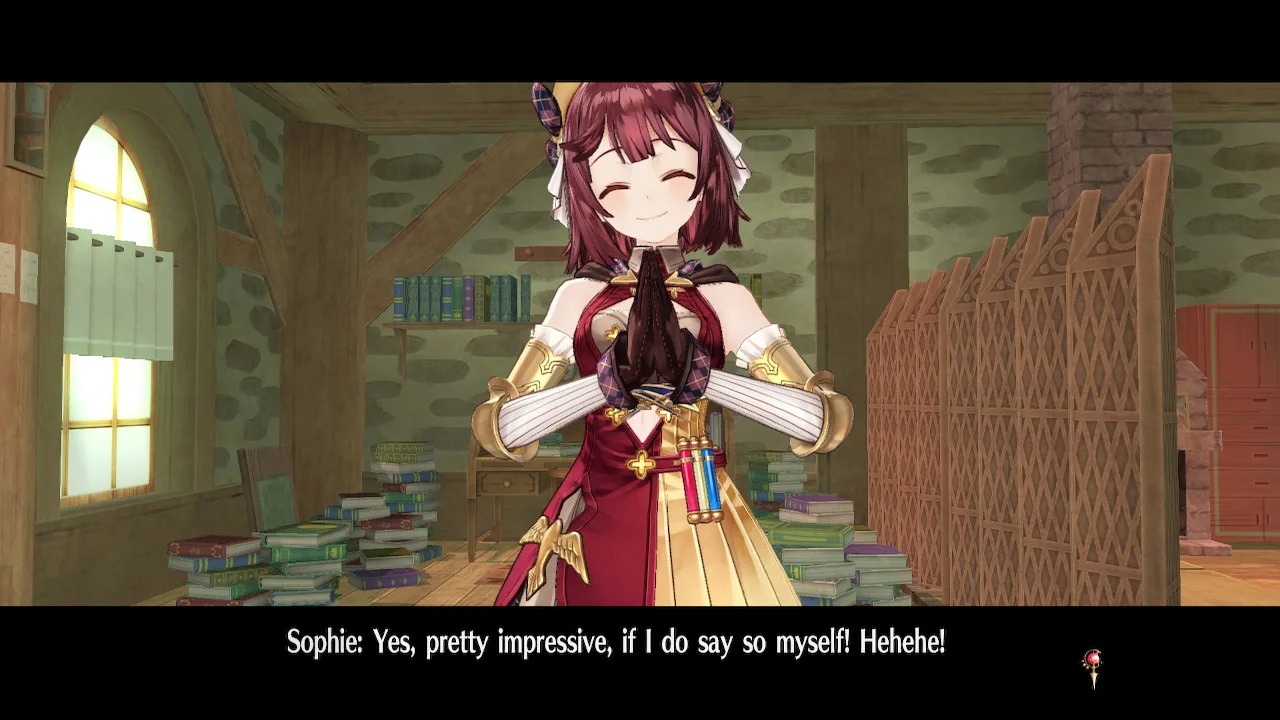 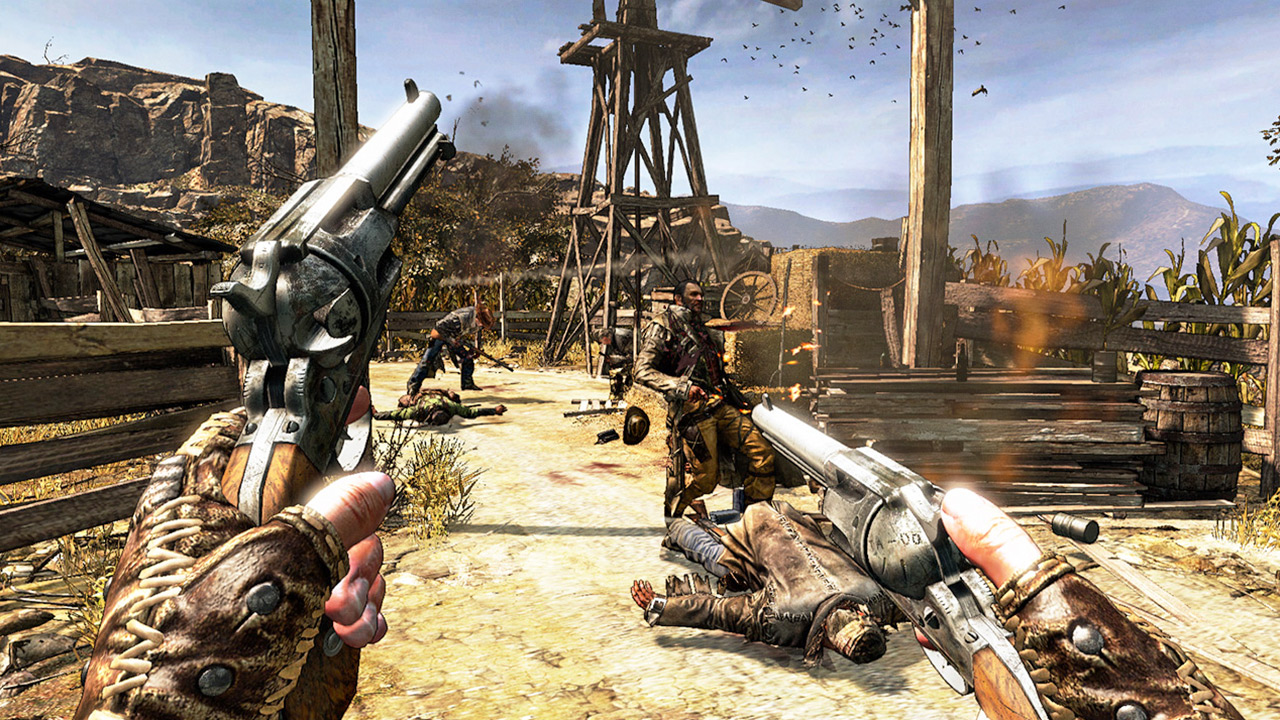 That’s all for today, friends. We’ll be back tomorrow with a few more new releases, some more sales, and perhaps a bit of news. I’ve got another project to work on tonight again, so I’ll be burning the midnight candle. That’s just how it is these days, isn’t it? I hope you all have a terrific Tuesday, and as always, thanks for reading!

Tripledot Studios is the third-fastest growing private company in the UK | Pocket Gamer.biz

How to Get & Pick Up Turtle Eggs in Minecraft