Fallen Dynasty preview — Cause and deflect

Wo Long: Fallen Dynasty is the newest game from Team Ninja, which has been exclusively making Souls-likes since Nioh garnered acclaim. For multiple reasons, the game doesn’t appear that it’s going to be anywhere near the ungodly painfest that Nioh 2 was, but that doesn’t mean it’s gonna be easy either.

For the purposes of this preview, I’m allowed to detail Wo Long: Fallen Dynasty‘s first two levels. The first of these is a tutorial, mind you. The game begins with a staggeringly detailed character creator. This is great, since the game’s helmets seem to very much favor showing your character’s face. The tutorial level, as you’d expect, is mostly gentle — at least by Team Ninja standards. You almost exclusively fight humanoid enemies and the game’s concepts are introduced. Gameplay-wise, it very clearly takes some pages out of the Sekiro notebook and combines them with Nioh. But the game seems way less annoying than that might sound.

One of the main focuses of the gameplay is on deflecting. It’s sort of like Sekiro, but it feels fairly different. For one thing, you can deflect everything, which is one of the most important parts of the gameplay. Enemies have a posture meter that you fill by doing damage. When that meter fills up, you can hit them with a more powerful strike. The kicker is that you won’t typically be able to fill this meter up unless you deflect specific attacks.

Enemies in Wo Long: Fallen Dynasty have two kinds of attacks: regular ones and red attacks that will either do a ton of damage or kill you outright, kind of similar to how grabs worked in Nioh. But there’s a risk-versus-reward aspect at play here. If you deflect a red attack, this does a large amount of posture damage. For bosses, this means that the best way to damage them is to deflect their strong attacks until their posture is broken and then use a powerful attack of your own. If you get hit by one of these, though, you’re likely going to go night-night. Characters can also jump, as there’s some light platforming to do and attacks that can only be avoided by going airborne.

Another strongly reminiscent aspect is that stamina is also gone, so you can use your default attack and run as much as you like. But there’s something in its place. Hitting enemies with your default attack fills the blue side of your spirit gauge. Your stronger spirit attack, dodging, deflecting, and wizardry spells all move your spirit gauge in the opposite direction. If you have blue spirit available, that will be depleted before the gauge starts using red, but if you have none, then red will fill up in its place.

This still isn’t quite a stamina gauge, though, as you can keep using whatever you like even if you’re all the way in the red. But if you take damage while the red side is full, you’ll get stunned. It’s a pretty ingenious system that mostly removes the constraints of a stamina gauge while still creating a hefty consequence for carelessness. However, levels can see you assisted by a Romance of the Three Kingdoms hero, such as Zhao Yun. This can be mandatory, but you can use items to summon up to two NPCs when you’re by your lonesome. 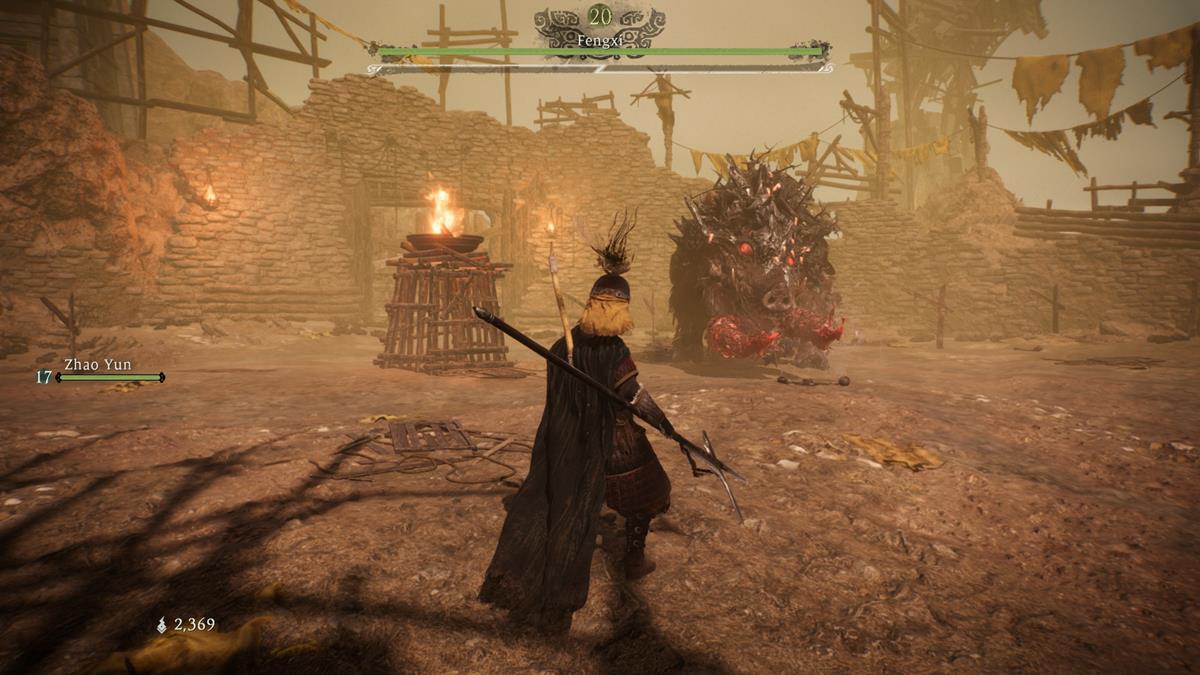 This drastically changes up how Wo Long: Fallen Dynasty feels while playing solo. Even highly dangerous enemies are far more manageable when you have two NPCs to draw aggro. This also applies to bosses. I thought I beat the first boss with ease, only for him to transform and knock my helper out in a cutscene, forcing me to fight his second phase solo. He beat me into the dirt for roughly 45 minutes.

Wo Long: Fallen Dynasty is looking to be one of this year’s most exciting releases, as it offers stuff many of us love with some interesting new wrinkles. Only time will tell how much more punishing the game gets after this opening section.