One Piece Odyssey is truly a full-fledged JRPG, so some helpful tips will go a long way toward letting you make the most of it. There are a lot of little things that you’ll pick up on as you sink time in, so make sure to keep these in mind so that you’re able to take advantage from the start.

Pay attention to your crew

Every crew member has something they can do while exploring. You’ll probably be playing as Luffy the most, as he can stretch to reach new areas and grab items at a distance. However, other characters come in handy as well. If someone randomly says a line for seemingly no reason, that means that an item only they can pick up is nearby. Nami says something about money when you’re near a money pickup, so switch to her and you’ll see it show up for the taking. Sanji, on the other hand, can pick up ingredients for food, so switch to him when he chimes in. The game usually lets you know whenever a crew member can do something, so don’t think it’s just random banter.

Sure, you can buy apples that give you health and TP, but food that Sanji cooks at camp or taverns is much more effective. Whenever you find yourself in a position where Sanji can cook, have him whip up what he can with what you have on hand and you’ll have better supplies if you get in trouble. Similarly, you should try to have a few Trick Balls that lower enemy attack and defense with you. If you’re having trouble against a tough boss, lowering their parameters is a great way to turn the tide.

Next on our list of One Piece Odyssey tips are accessories. You may not want to bother with keeping your crew outfitted with accessories, but they honestly make a huge difference. You’ll find new accessories all the time and having them equipped can be the difference between life and death. I like to have attack and defense items on every character, as well as things that buff resistances to each character’s weakness. Accessories can also be fused by Robin, which you’ll want to utilize to get the most out of your characters.

You can freely swap crew members in battle in One Piece Odyssey, which you should be doing regularly. It doesn’t matter how small the issue is, even if you want to take out a single enemy a little faster. You can swap two members in combat with each other or just swap a benched member in. You’ll find the combat to be far more efficient if you switch to the best character for the job whenever you need to.

Keep one out of range

Bosses often have powerful attacks that will hit everyone in their area. It’s a good idea to have three of your party members that are strong against a boss attacking them in their area, while having another character in a separate area to use long-range attacks or provide backup, whether that be heals or buffs. This is especially important since, if you have that fourth character in the boss area, they’ll take a lot more damage than the other three, so there’s not always a great reason to have them in the fray. 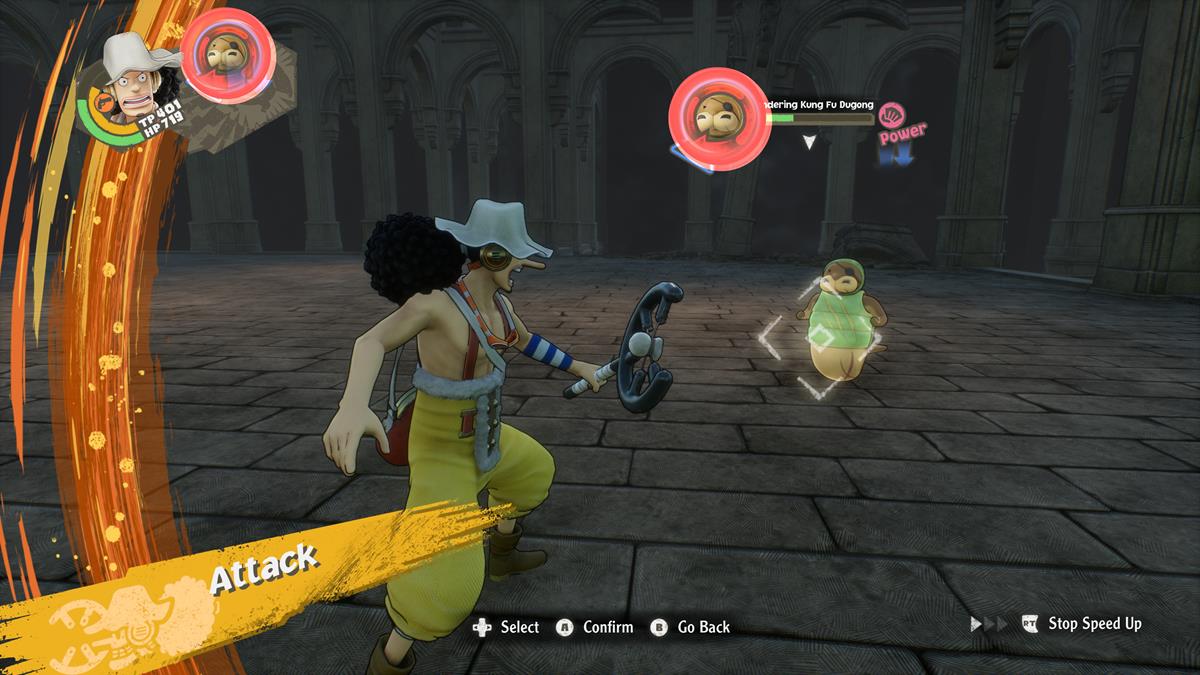 That’s it for our One Piece Odyssey tips. Remember, you’ve got a lot of crewmembers, so keep the heat on and eventually, the opposition will melt. Make sure to check out our review if you haven’t gotten a chance yet.

Is There an English Dubbed Option in One Piece Odyssey?

How to Get Pre-order Outfits in One Piece Odyssey