UnderDungeon, the First Dungeon Crawler Starring Cats, is Out Now on Xbox

We want to share some great news with you. Starting from last Friday, January 13, you can play UnderDungeon on your Xbox consoles. We’re all ultra excited and happy about the release, so if you still haven’t heard of this title (how is this even possible?!), I’m here to save the day and tell you few words about what is interesting in this piece of indie, retro code, who are its creators and how it all started. Also a good question is why we chose Friday the 13th for the release date… Well, read on!
And by the way, nice to meet you, I’m Chris.

But what is this UnderDungeon anway, you ask? It’s a nifty, peculiar dungeon crawler and classic role-playing game in which the protagonist is Kimuto, a cute sword-wielding kitten, on the quest to face the harsh world of work in his first day of the new job. Sounds intriguing? Alright, how about the fact that it is a full retro experience with sharp 1-bit visuals and catchy music and sound effects? Not convinced yet? Okay, what if I told you that there’s tons of humor here, interesting chcaracters you can interact and chat with and gameplay twists taken from other genres (like… arcade and rythmic levels or even 3D sections)?
What do you think now, huh?!

I know what you thinking. What is that, the praise song of the game that looks like it was taken from GameBoy era? (That was rough) But let me tell you that UnderDungeon is a great example of a game that doesn’t seem to be anything special at first glance but it shines and glows when you give it a shot.

Besides, today, when dozens of new titles being released pretty much every day, it’s easy to skip something that may be really interesting and playable, especially if from the beginning it’s aimed at a specific audience. So that was the case here. Underdungeon at first seemed to us like a ‘just another retro miniature’ but then it captivated us that much so with pleasure, we decided to help its creators with the release.

The game is created by Josyan, solo indie developer who previously worked on games such as Zeroptian Invasion and Tamiku. He was also involved in working on the Alex Kidd in MW remake. He decided to team up with José Ramón “Bibiki” García, composer and sound designer, so that together they could create a project that is a great tribute to the retro classics (like The Legend of Zelda or Dragon Quest). Old gameplay formula meets modern and polished execution here, both in gameplay and audio and visuals so it’s a very good opportunity to enter old-school gaming pit.

While writing this article, I took the chance of asking Josyan himself for a brief comment on the game’s concept. Here’s what he told me:

“It’s actually a small experiment, when I started it was more like a blank sheet where I could put mechanics, jokes and moments that I liked. I also feel that it is a very personal project since it embodied many of my own ideas and messages. I’m inspired by all the classic grades dungeon crawlers, but the game has so many different mechanics and mini-games that I’d be lying if there wasn’t a lifetime of good gaming moments in there. I hope all those who enjoy searching for secrets beyond what the eyes can perceive will like the game and also the classic players of course!”.

Thus, your task will be to traverse dungeons and clear them of vicious monsters, fight big bosses, collect items or solve various puzzles. But this is only a small part of what has been prepared for you, as you can deduce from the text above. And here’s the hidden beauty of UnderDungeon, because under the guise of simple, little game, there are many surprises.

UnderDungeon is available now on Xbox One and Xbox Series X|S, so you can go on an adventure today. Power up your console, grab the sword and let it all begin! And as for this Friday the 13th… Kept you on your toes, huh? Well, I don’t want to spoil anyhing so… You have to discover it by yourself in the game, but we’d love to hear your thoughts on the game so don’t hesitate to share them with us.

Also don’t forget to visit our website www.reddeergames.com and socials! 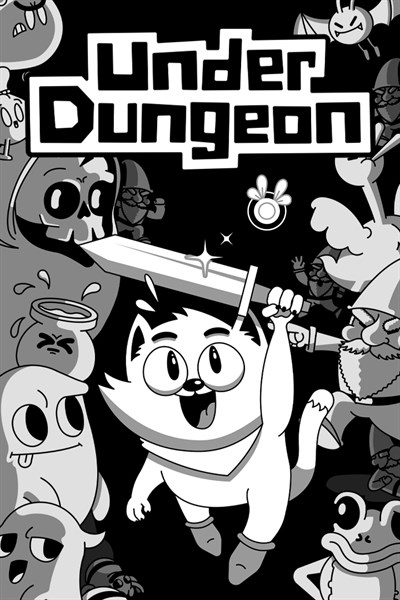 Armed to the teeth

This fantasy world let’s you fight in a variety of ways. Magical bubbles, a boomerang cannon or a classic longsword can go a long way in this foreign land. Every one of your weapons can be further upgraded to unlock their hidden potential.

Enjoy stylized 2D graphics, and mini games. Every character you meet has something interesting to say…maybe except for the ducks. Other then that, pay close attention to all of them.

Throughout the map, you’ll find secret areas with some very strange fellows. What could they be up to? There is only one way to find out.

Xbox Mini Fridge: everything we know and where to buy