Yaoyao is a support character in Genshin Impact. She wields the power of Dendro and uses polearms as her weapon. Given that she can proc Dendro reactions and heal teammates, she’s got quite a versatile kit. Still, you’ll want to give her the right equipment. Here’s our Genshin Impact Yaoyao best weapons and best artifacts guide to help you with her items.

Note: For more information about the game, check out our Genshin Impact guides and features hub. Likewise, you can take a look at our main build guide for Yaoyao.

Due to her versatility, several armaments can be considered as the best weapons for Yaoyao in Genshin Impact. Likewise, it’s worth considering that Yaoyao’s rabbits/radishes deal damage based on her ATK, whereas healing is based on her max HP, and reactions are based on EM.

The best artifacts for Yaoyao in Genshin Impact depend entirely on her role: 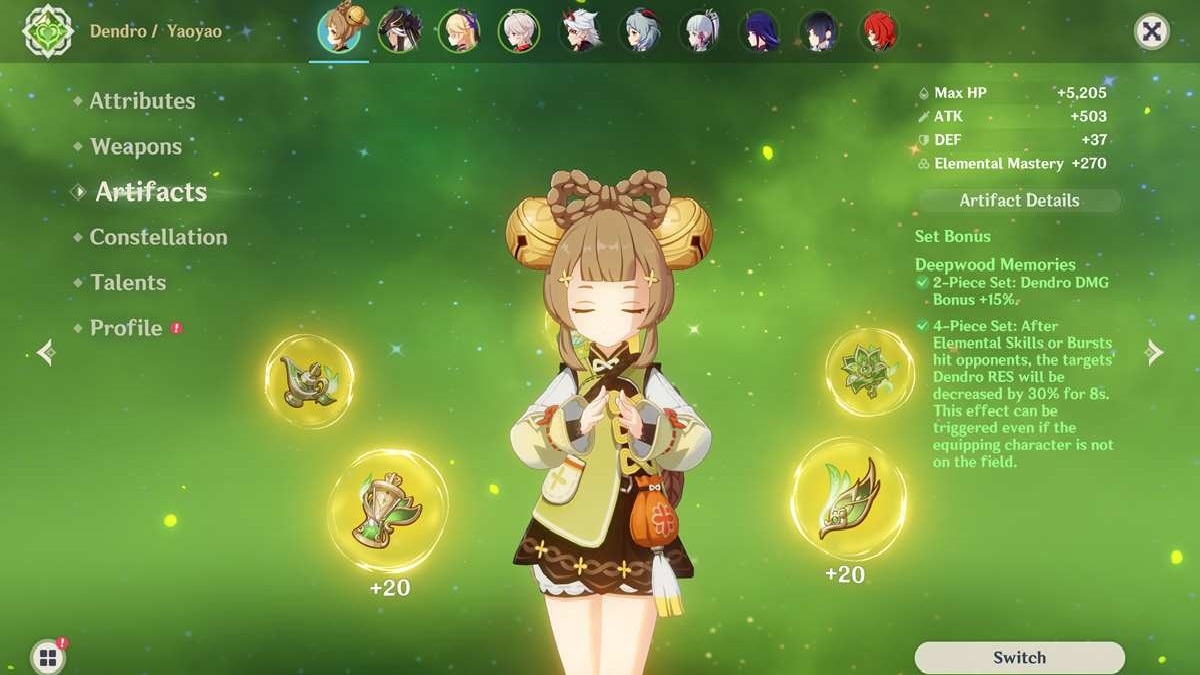 Genshin Impact is available via its official website. For more information, check out our guides and features hub.

Get your guide to take your game to market successfully at Pocket Gamer Connects | Pocket Gamer.biz