Are the Wanderer constellations worth getting?

Wanderer, more popularly known as Scaramouche, is a new 5-star Anemo character introduced in Version 3.3 of Genshin Impact. This devious character was previously an antagonist in the game, stirring up trouble in both Inazuma and Sumeru. However, following his defeat in the most recent Archon Quest, Scaramouche has seemingly turned over a new leaf, even helping us and taking a new name. Now, he’s playable, and you might be wondering which of the Wanderer constellations is worth getting in Genshin Impact.

Constellations are special power-ups or additional effects your characters get when you pull copies of them. For example, if you already have a Kaeya and pull two more while pulling on a banner, you will gain two constellations. Each constellation has a different effect, and typically, the constellations get stronger the more you obtain. Some characters have great constellations, while others are not as beneficial. Finally, each character can only have six constellations. (One exception is Aloy, who has zero constellations due to being a collaboration character.)

This constellation has the following effect: “When in the Windfavored state, the Attack SPD of the Wanderer’s Kuugo: Fushoudan and Kuugo: Toufukai is increased by 10%. Additionally, the wind arrows fired by the Passive Talent ‘Gales of Reverie’ will deal an additional 25% of his ATK as DMG. You must unlock the Passive Talent ‘Gales of Reverie’ first.”

Wanderer is a Main DPS character, designed to deal the highest amount of damage on your team. Additionally, Wanderer deals most of his damage by being on-field and dealing damage with his Normal and Charged attacks. Therefore, any Attack Speed increase is generally helpful for Scaramouche, as it will allow him to dish out more Normal Attacks while using his Elemental Skill (although 10% is lower than ideal for a constellation buff). 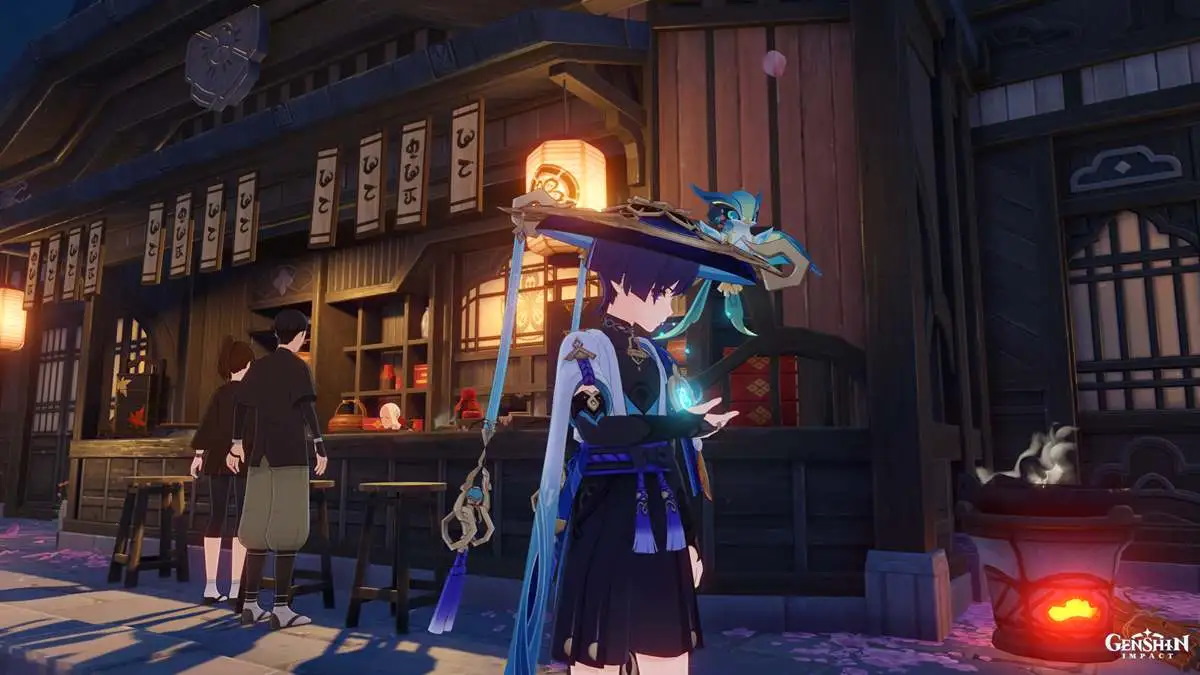 This constellation has the following effect: “When in the Windfavored state, Kyougen: Five Ceremonial Plays will see its DMG increased by 4% per point of difference between the max amount of Kuugoryoku Points contrasted with Kuugoryoku’s present capacity when using this skill. Through this method, you can increase Kyougen: Five Ceremonial Plays’ DMG by a maximum of 200%.”

Niban provides a simple increase in Wanderer’s burst damage. Wanderer’s Elemental Burst can be a significant amount of his damage, making this a great constellation to have if you’re lucky enough to get it. If you do not plan on getting Constellation 6, it’s highly recommended to stop here, as Constellations 3 through 5 may not be worth the hefty price tag it takes to get. 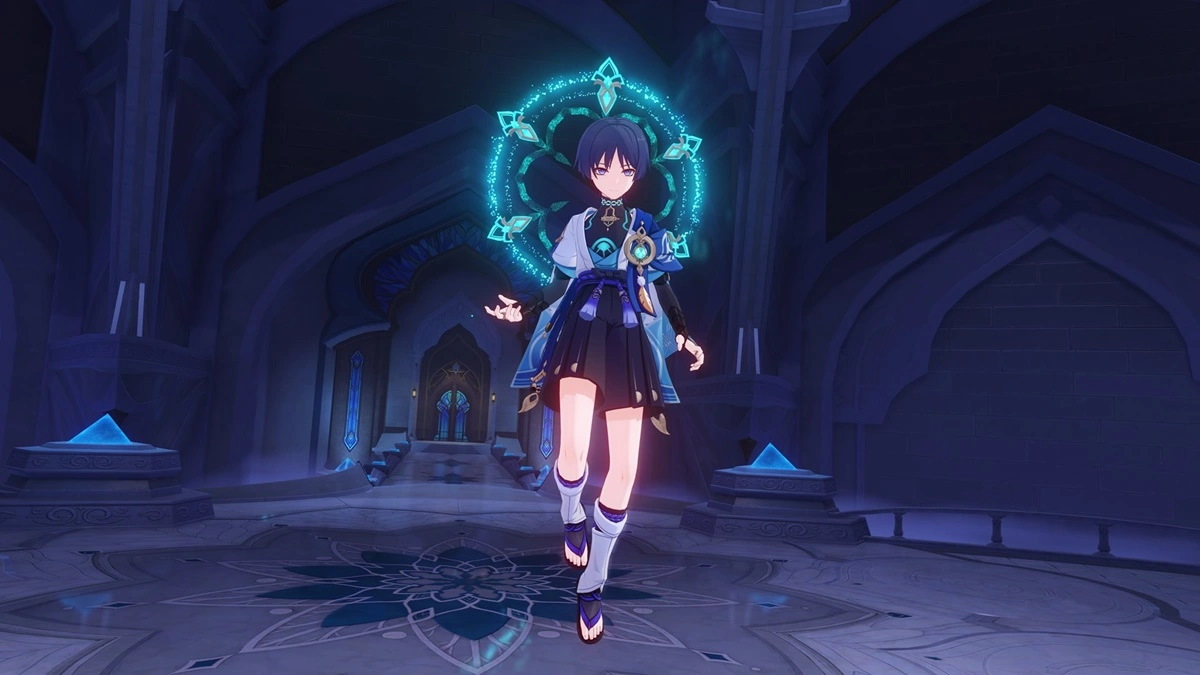 This constellation has the following effect: “Increases the level of Kyougen: Fire Ceremonial Plays by 3. Maximum upgrade level is 15.” 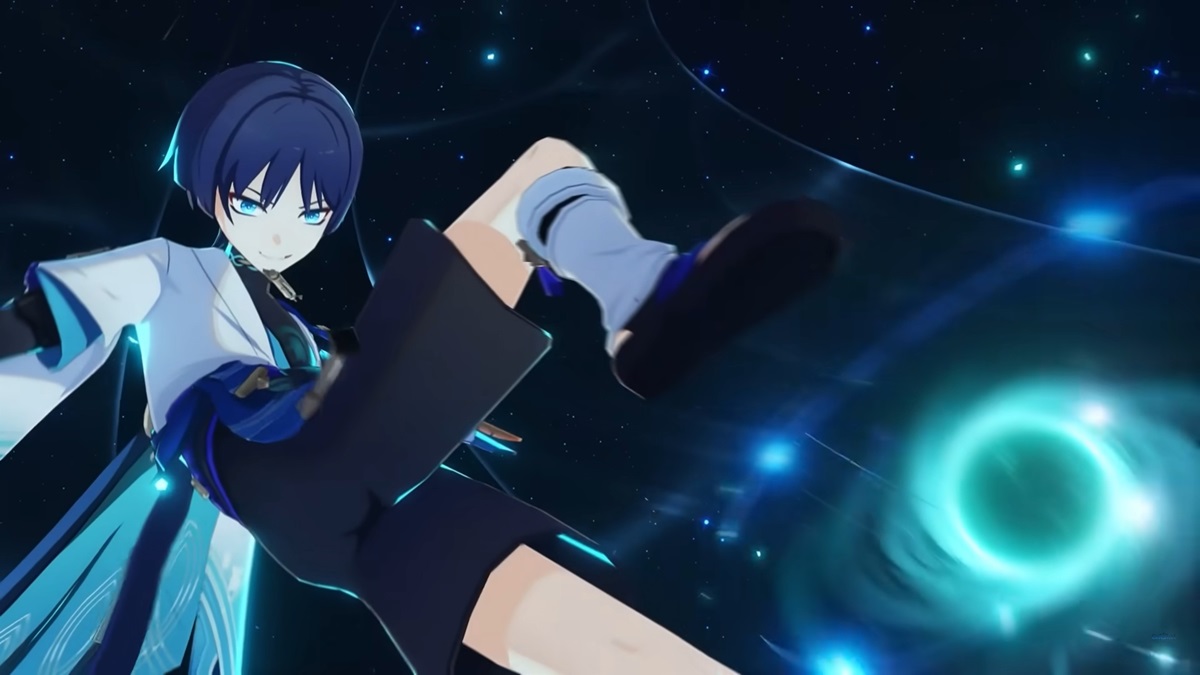 This constellation has the following effect: “When casting Hanega: Song of the Wind, should the Passive Talent ‘Jade-Claimed Flower’ be triggered, the character will gain buffs in correspondence to the contacted Elemental Type(s), and also obtain a random untriggered buff. A maximum of 3 such corresponding elemental buffs can exist simultaneously. You must unlock the Passive Talent ‘Jade-Claimed Flower’ first.” 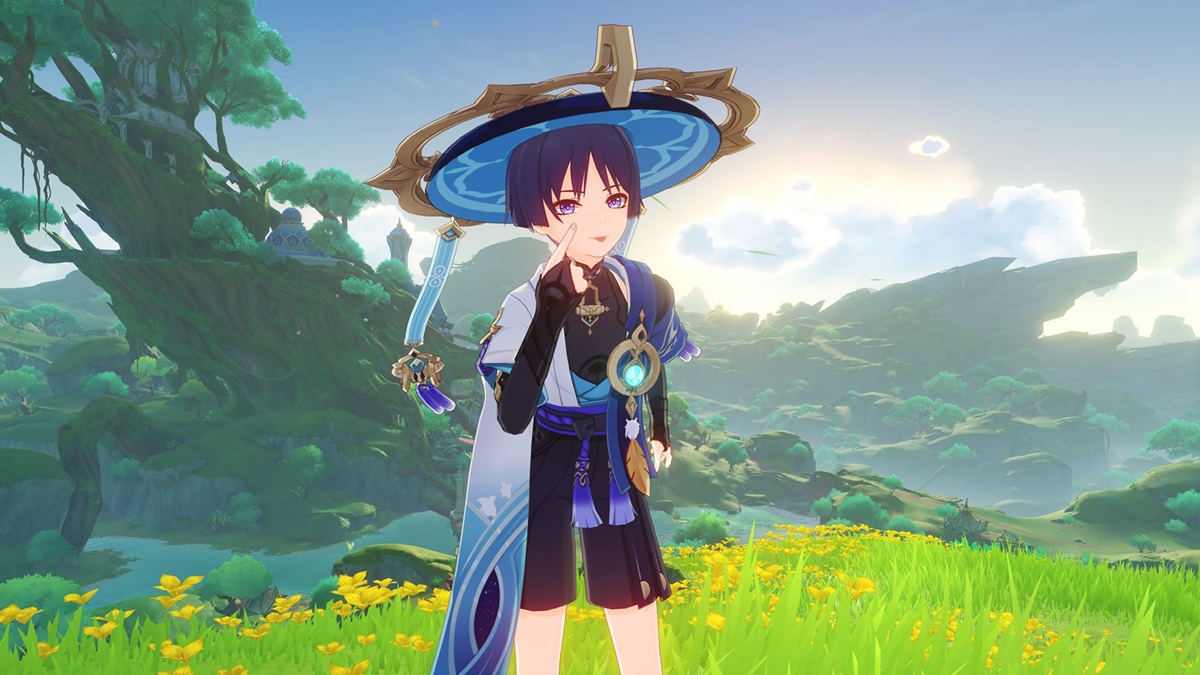 This constellation has the following effect: “Increases the level of Hanega: Song of the Wind by 3. Maximum upgrade level is 15.”

Matsuban provides a simple increase to Wanderer’s Elemental Skill damage. This talent also increases Wanderer’s Normal Attack and Charged Attack DMG while in his Windfavored state, so it is a nice bonus to have. If you have constellation 5, chances are you are going for Constellation 6, so it’s not recommended to stop here. 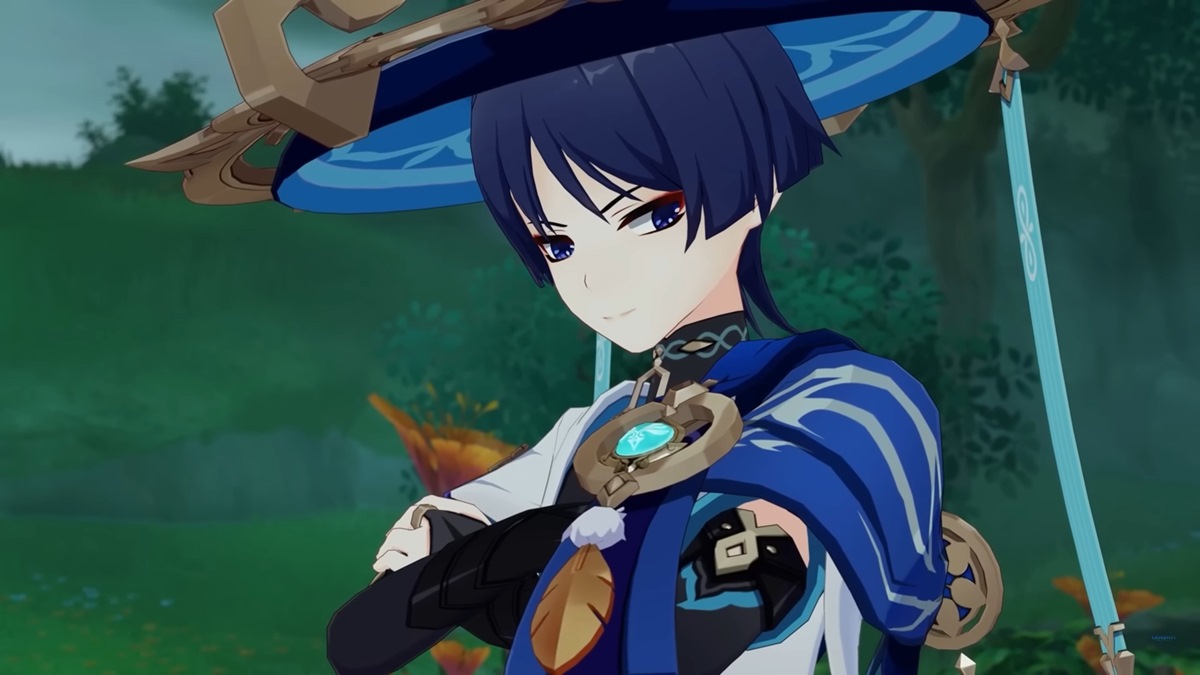 This constellation has the following effect: “When the Wanderer actively hits an opponent with Kuugo: Fushoudan while in the Windfavored state, the following effects will occur: Deals an additional instance of Kuugo: Fushoudan at the position hit, dealing 40% of the attack’s original DMG. This DMG will be considered Normal Attack DMG. When the Wanderer falls below 40 Kuugoryoku Points, restores 4 Points to him. Kuugoryoku Points can be restored in this manner once every 0.2s. This restoration can occur up to 5 times within one Windfavored duration.”

Shugen allows Wanderer’s Normal Attacks while in his Windfavored State to unleash a second attack that deals 40% of its normal damage. Generally, this is already good, but it also allows Wanderer to stay in his Windfavored State for much longer. The latter effect is not as important, as you will eventually want to leave Windfavored State to activate more buffs and to use expired skills from your ally. However, the 40% extra damage from each normal attack is a significant boost to your DPS, making this a valuable (but expensive) constellation to have. 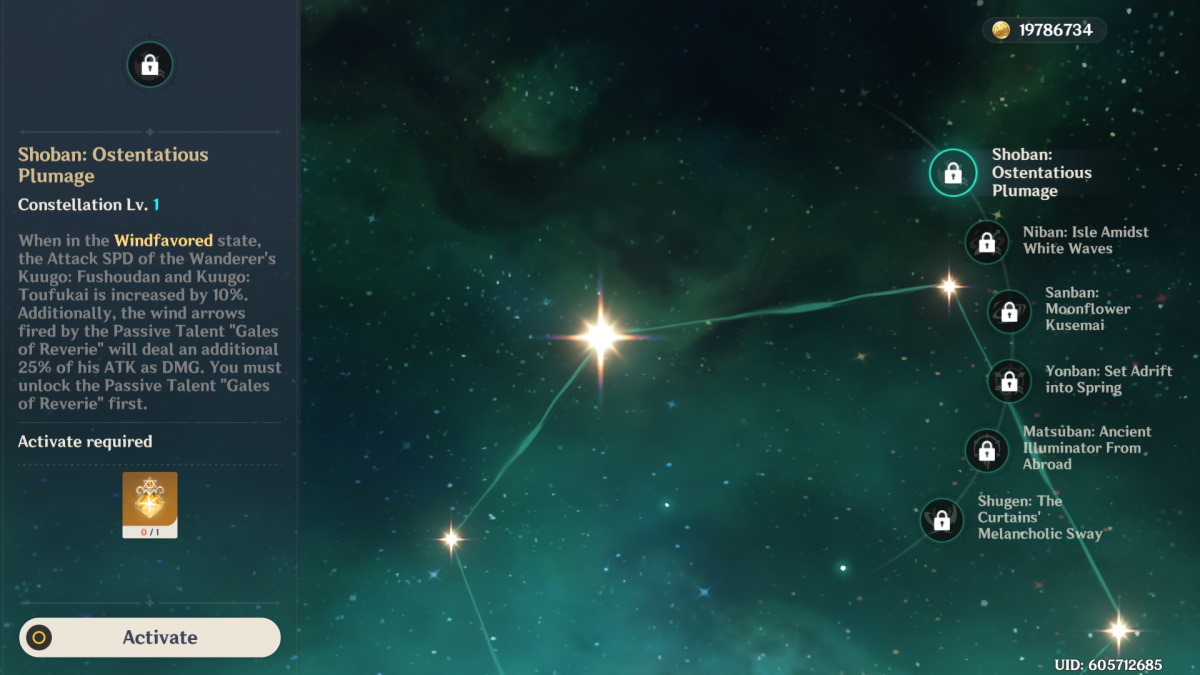 That’s all you need to know about which of Wanderer’s constellations are worth it in Genshin Impact.